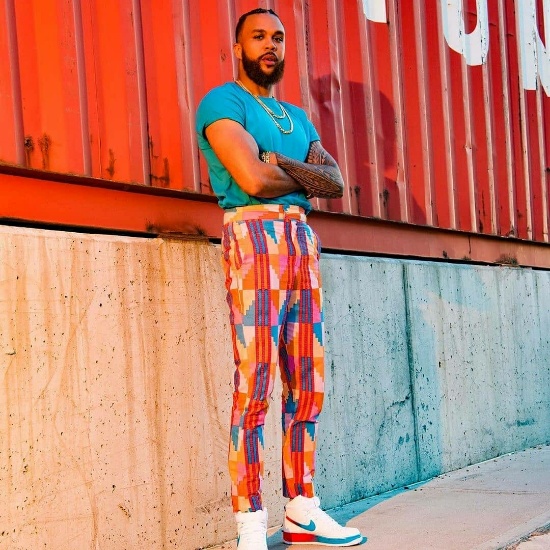 At the end of July, Jidenna announced his sophomore album, 85 To Africa, would soon come, and he hasn’t taken his foot off our necks yet. He’s shared a steady stream of new content, as if throwing rose petals for his royal arrival. The "Classic Man" warmed us up with the release of two singles, “Sufi Woman” and “Tribe,” and a video for the latter. Now he’s released another pair of tracks – “Sou Sou” and “Zodi” – as he continues to stoke anticipation of his new project.

“Sou Sou” is a laid-back, trap-meets-Afro-Caribbean fusion track where Jidenna displays clever wordplay about economic empowerment. A sou-sou, which comes from the Yoruba term “esusu,” is an informal savings club popular in the Caribbean and Africa. Basically, it’s like making a rainy-day fund with your friends. Here, Jidenna is talking about securing the bag with his friends. The song starts with the chant, “Money! Go get the money! Get you some!” before Jidenna flows into the chorus, chiding people for not being fiscally responsible.

“Zodi,” meanwhile, finds Jidenna dipping into his lover man bag with an assist from Nigerian singer Mr. Eazi. Over a slower Afro-Caribbean groove with a bassline similar to Busta Rhymes' “Put Your Hands Where My Eyes Can See,” the fellas try to convince this fly chick named Zodi that they’re the one for her. “No need to look to stars, I can change your life,” Eazi croons. Likewise, Jidenna lays it all out on the chorus, singing, “How many signs it gon take before its real for you? / Is it too real for you? / I give my life, I would kill for you,” and letting her know he is for real for real and not for play-play.

The four songs we've heard thus far from Jidenna’s 85 To Africa have us ready to ride shotgun with him from Atlanta to the Motherland with these tracks blasting. We'll get the chance soon enough when 85 To Africa drops on August 26th.