Liv Warfield Is Back With A New ‘MANTRA’ 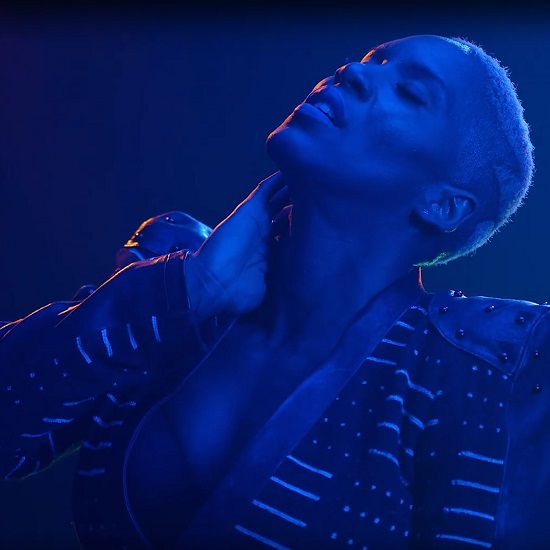 If you've ever seen a Liv Warfield performance, whether in person or on a small screen, you probably had to brace yourself to prevent being physically blown away by the gale-force combination of her voice and stage swagger. But despite the overwhelming praise of her breakout album The Unexpected, consistently sold-out shows, collaborating with rock icons like Nancy Wilson and being one of the blessed few artists to be handpicked by Prince to sing in his band, the funk goddess recently went through a period of feeling lost and confused.

As she began the hard process of healing, she channeled the pain of her struggle into her new song "MANTRA." The introspective anthem began when her longtime friend and collaborator, guitarist Ryan Waters, sent her some chords and riffs that he'd been working on. She immediately connected to the music and began the process of writing the lyrics. In a recent article with Digital Journal, Warfield explains, "I knew this song had to be my escape. Ryan supplied the keys to that along with his friends Marlon Patton (drums) and Robby Handley (bass). We discussed the idea together and creatively we knew what we wanted. I heard it big, but also quiet enough to feel the push and pull to reflect the lyrics' emotional roller coaster."

The roller coaster metaphor is appropriate for the exhilarating TINE-directed visuals as well. Liv and Ryan deliver "thrills and chills" with their display of musicianship against a backdrop filled with color, texture and featured elements of water and fire (well, technically smoke). It's hard not to be moved as the stunning singer bares her soul, singing, "This path I gotta walk is gon' change my life. Is this the end for me?" Meanwhile, Waters cuts through the soaring orchestral arrangement with electrifying riffs that underscore Ms. Warfield's dynamic vocals. Preview "MANTRA" below and make it part of your daily routine by purchasing the song – released on her own label, by the way – right now.

Liv Warfield plans to record a live album in the near future, and we're hoping and praying that we'll be in the audience. In the meantime, West Coast fans can catch Liv Warfield on August 30th at Blue Note Napa, while East Coasters can get their fix at Washington, DC's City Winery on October 1st. Additional dates and venues will be added soon, so visit her website or follow her on Instagram and Twitter for updates.