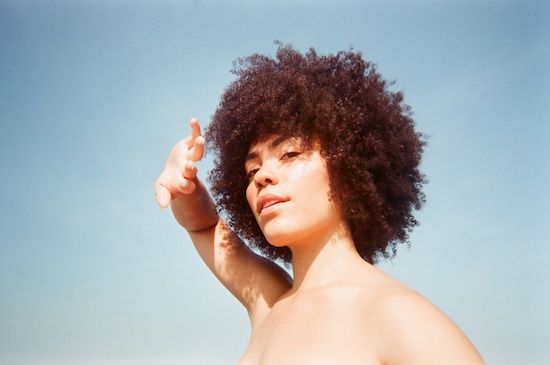 We love us some Madison McFerrin. When she had a few technical difficulties during a performance of the national anthem back in 2016, however, love was the last thing she was feeling. Trolls and haters alike came for her neck with crass insults and rude jokes (because heaven forbid a singer have a bad day). While most would shrink away from such an incident, the resilient Miss McFerrin embraces it instead in the video for her latest single, "TRY."

The clip opens with Snoop Dogg of all people trashing her performance. After he gets his screen time, we then move to shots of Madison scrolling through Twitter as anonymous trolls spew vitriol using the #nationalanthem hashtag. Despite all the online chatter, we still see Madison persevering and pushing on while working on her own music and performances. The resilience she exhibits throughout speaks to the song's lyrics, which are all about pushing past insecurities and past failures to keep trying for your goals. It's all pretty inspiring and indicative of Madison's loving and tenacious spirit.

"I have moments of fear and doubt that can be so demotivating, and just the simple act of trying, of starting, can feel like the toughest task," she wrote about the song. "I wrote this song not just to remind myself that I can do whatever I set my mind to, but to remind everyone else. Sometimes we just need an extra push. You get to decide how your story ends. I'm incredibly grateful for the community that has joined me on my journey.”

"TRY" is the first single from Madison McFerrin's upcoming EP  You + I, which is set to be released on November 5th. She'll also be going on a tour in support of the project this fall, information for which can be found on her website.


TAGS:  audio, Madison McFerrin, snoop dogg
Previous: GoldLink, Tyler, The Creator & Jay Prince Have A Wild Night In ‘U Say’ Next: ‘Ibtihaj’ & ‘Nina’ Show That Rapsody Is Every Black Woman