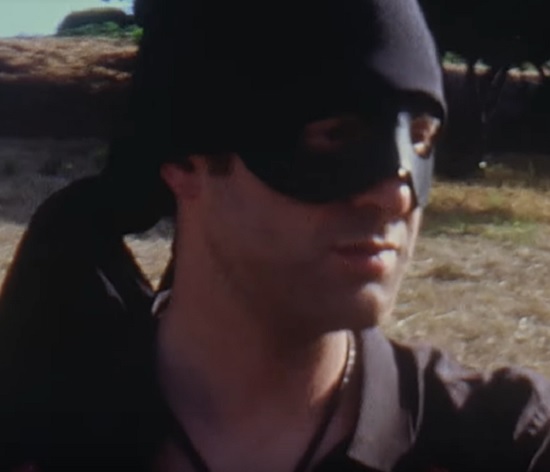 If you came of age in the '80s, then you know your people. Mayer Hawthorne, with his throwbacks to yacht rock highlights on his solo projects and his focus on boogie and early '80s disco as half of Tuxedo, is definitely an '80s baby. So it's no surprise that he's turning to one of the decade's most-beloved films, The Princess Bride, for inspiration for his video for "The Game."

Mayer takes on the role of the swashbuckling hero in the clip as he reenacts the scene in which he switches a glass of poisoned wine with a man holding his damsel captive. This time, however, the situation is replayed over and over. Sometimes, the scene goes as expected and Mayer is the victor. Others, he has the unfortunate luck of drinking the poison and immediately dying. This little twist expands upon the song's meaning, with Mayer charging either outcome to the titular game that we all play. So if everyone is playing the game, who wins? Well, if you're following the logic of the video, eventually someone will have their day.

Currently, Mayer Hawthorne is winning on the road as he tours with Tuxedo. But with a new solo song and video, we can't imagine that more from the man himself isn't in the cards for the near future. Guess we'll just have to wait and see. While you do that, play along with Mayer by checking out the video for "The Game" below.


TAGS:  mayer hawthorne
Previous: Fantasia To Hit The Road With Special Guests Robin Thicke, Tank & The Bonfyre On ‘The Sketchbook Tour’ Next: Snoh Aalegra Has Love On The Brain On ‘Ugh, those feels again’