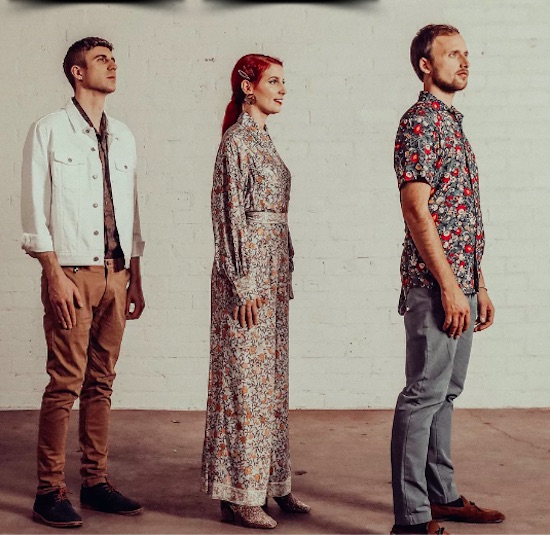 Things are really revving up on the homefront for Moonchild as they prep the release of their latest album, Little Ghost, due out on September 6th. After dropping off the album's lead single, "Too Much to Ask," last month, the trio continue to stoke our anticipation with their newest single, "Money."

The song finds bandmates Amber Navran, Andris Mattson and Max Bryk, doing what they do best — delivering more of the same soulfully smooth sounds we've come to know and love from them. Navran's voice is as silky as ever as she sings about taking a chance on love with someone special while hoping he's willing to do the same. The lyric video features an animated view (courtesy of Phil Beaudreau) of the trio with a dollar bill as the backdrop. Towards the video's end, the dollar bill transitions into the Little Ghost album cover.

The creatively quirky clip is more than enough to keep us excited about getting new music from Moonchild. Immediately following the album's release, the group will kick off the Little Ghost Tour in Phoenix on September 24th before crisscrossing across North America with stops in St. Louis, Chicago, Detroit, Toronto, Brooklyn and D.C., before wrapping up in San Diego on November 16th. Tickets for the tour, along with VIP packages, are currently on sale via their website. Peep the tour dates below to find out if Moonchild will be making a stop in a city near you.