PJ Morton Reintroduces Himself On ‘PAUL’ 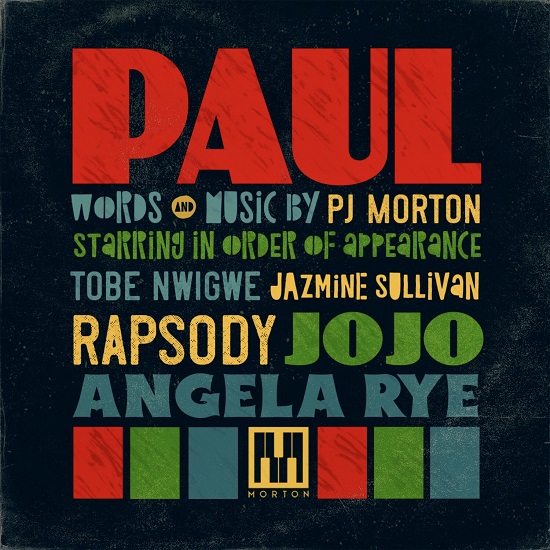 While many worry about the state of R&B and soul music, there are always artists out there carrying the torch to bring the sound of those genres into the next generation. PJ Morton is one such artist and he proved that on 2017's soulful effort Gumbo. Two years later, he's digging deeper into his influences and experiences to craft his latest effort PAUL.

PAUL finds PJ mining the personal and political to great effect. Stevie Wonder is an obvious influence throughout, with the artist borrowing more than a few of the legend's sound motifs to spin into his own updated take. This is especially true of the album's back end, which includes lead single "Say So" featuring JoJo and "Don't Break My Heart" featuring Rapsody. Elsewhere, he pays tribute to the '80s sound he grew up with on "Ready" and a daring cover of The Gap Band's "Yearning For Your Love," which gives the song a laid-back feel more akin to PJ's own style. But PJ isn't just content with showing love to his heroes. He also expresses his views on the current state of the US ("MAGA?" feat Angela Rye) and motivates us to follow the example of Nipsey Hussle on "Buy Back The Block." Though you may already be a fan of PJ Morton, you'll more than likely walk away from listening to PAUL with a new understanding and respect for both the man and the artist.

In addition to dropping the album, PJ has also announced North American tour dates this fall in addition to his previously announced European dates. He'll be hitting the East Coast, West Coast and everywhere in between starting on October 20th in Memphis and then closing just before Christmas on December 22nd in Philadelphia. You can check out the full list of dates after streaming PAUL in full below and then head to his website for more information.