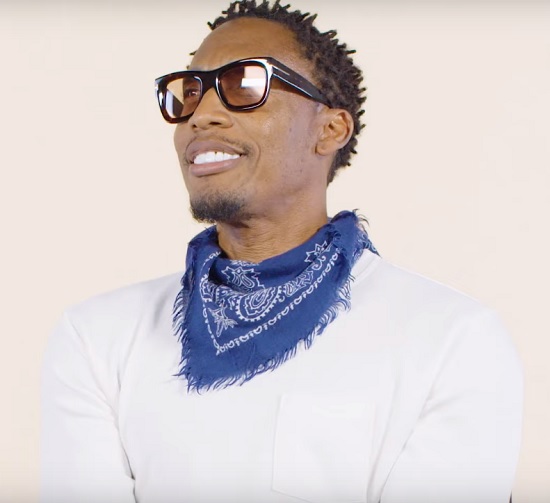 One would think that a prolific singer-songwriter like Raphael Saadiq would be a shoo-in to ace ELLE's ongoing game of "Song Association." Hell, he's penned enough songs that he could use his own catalog exclusively. Well, Raphael sat down with the mag while promoting his upcoming album Jimmy Lee and became the latest contestant in the hot seat. Was his performance in the game enough to best high rollers like Ciara and Megan Thee Stallion?

Things got off to a rocky start for Raphael, with him struggling to find a lyric match for "time." Though he accurately tried to use Prince's "Sign O' The Times" for the win, he couldn't string enough of the song's lyrics together to satisfy the unseen judges. He fared better, however, when he delved into songs he performed or had a hand in writing — including Erykah Badu's "Love Of My Life," Kenya Gruv's "Top Of The World" and his own tracks "Good Man," "Never Give You Up" and "I'm Feeling Love." But it wasn't all about him. He also pulled classics by Change, Guy, Lionel Richie, Sly and The Family Stone and more than a few bars of Stevie Wonder's "If You Really Love Me" to help him out after drawing a blank for more than a few words. He ultimately scored 11 out of 15, putting him well below Megan and Ciara but still in a respectable spot. Somehow, though, we don't get the feeling that he cares too much about that.

Check out the game below and look for Raphael Saadiq's latest album, Jimmy Lee, to arrive in stores on August 23rd.