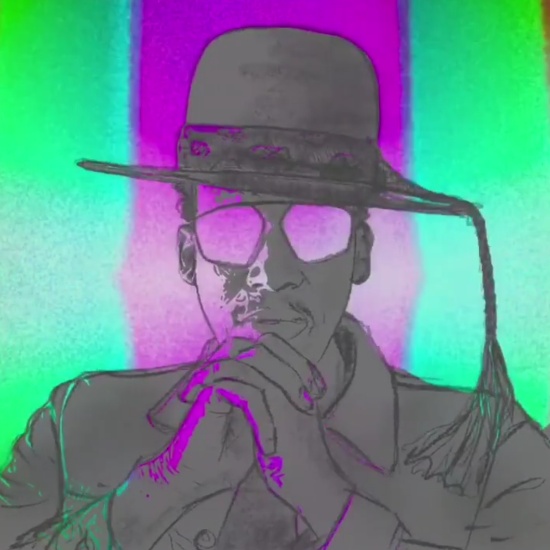 Though he’s one of the few artists that don’t necessarily need to drop singles as part of the roll-out for a new project, soul music treasure Raphael Saadiq seems to be feeling a bit generous these days. While fans will have to wait until the end of the month for his much-anticipated album, Jimmy Lee, he’s gifted us with a few teasers, including the slow-burning "Something Keeps Calling Me" and the penetrating "Glory to the Veins." For his most recent offering, "So Ready," the “gospeldelic” pioneer kicks up the funk a few notches. Whereas the first two tracks had us headed to a dimly lit room with dark liquor in hand, the new single has us slipping on our dancing shoes.

From the moment the bassline drops, the listener forms an inevitable and involuntary "stank-face." Though he spends most of the song recounting his wrongdoing and admitting his mistakes, the groove is so infectious we almost missed the melodic apology. The transparency in the lyrics could easily resonate with anyone looking to make amends after romantic infidelity, though Saadiq says he wrote them from the perspective of an addict. He says, “They know they need to stop, and have tried countless times, but can’t.” Regardless of the deep and dark origin of Jimmy Lee, named after his brother who struggled with drug addiction, “So Ready” and the two previous tracks speak to his tremendous talent and ability to take something so painstakingly personal and create art that might spark a bit of compassion and, in this case, a smooth two-step in the process.

Check out Raphael Saadiq’s “So Ready” right here, and add the track to your funk playlist from your favorite digital platform. The full Jimmy Lee album is available for pre-order ahead of its August 23rd release date, and for those who weren’t lucky enough to catch him at the Summer Spirit Festival in Columbia, Maryland this past weekend, be sure to grab tickets for his Jimmy Lee Tour. Saadiq is set to hit major cities across the U.S., including Los Angeles, Houston, Atlanta and Brooklyn, before heading overseas.