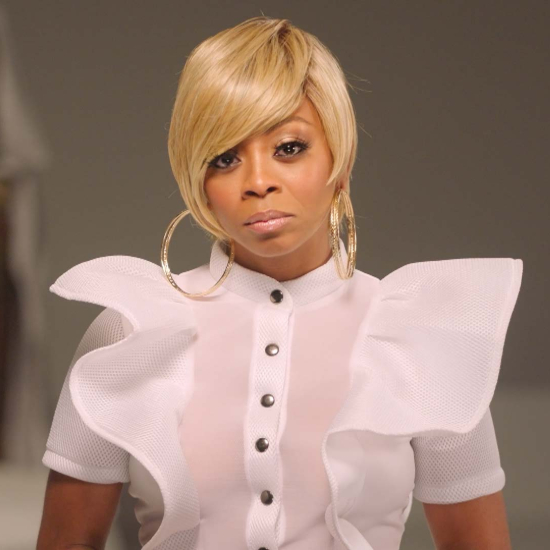 Admit it, you found yourself doing a little Dutty Wine while listening to “Drop it Low (For Jesus)” after you cracked up laughing the first few times listening to it. That’s the magic of Sherman’s Showcase, a parody of the classic black music variety show. Creators Bashir Salahuddin and Diallo Riddle, along with an assist from our boys Phonte and Zo!, combine music and comedy into an absurd mix. They’ve had Ne-Yo as a frontman for a fake band named Galaxia singing the unexpected bop "Time Loop," a Prince spoof entitled "Vicki Is The Water Warm Enough" starring Vic Mensa and many other ridiculous musical masterpieces.

This week’s episode was a tribute to all female artists who launched their careers on the fictitious show. The special episode was hosted by the Queen of Hip Hop Soul herself Mary J. Blige, as played by actress Brenda Webb. Mary didn't just host the episode, but she performed as well and the show poked fun at her penchant for singing sad songs that people love more than her happy ones.

Picture it, June 30, 2007. Mary has everything going right in her life, and she’s done singing another sad love song. But the Sherman's Showcase dancers in the audience are looking at her unimpressed. She starts performing “Raise the Roof,” a song in the tune of “Family Affair.” But, almost like clockwork, Mary gets a text that her man has broken up with her along with a laundry list of drama, drama, drama and mo' drama. Mary preempts her happy tune to deal with her heartbreak, singing “Louder than Lies” to the tune of “I’m Going Down.” The audience reacts with cheers and everyone breaks out into dance, clearly more excited to hear from Sad Mary than Happy Mary. But just when you thought that was the joke, there’s another twist to the story courtesy of Sherman McDaniels that will really have you in stiches.

Sherman’s Showcase comes on Wednesday nights at 10 p.m. on IFC, and is available for streaming on the network’s app or via your streaming service of choice. For a peek into the soulful shenanigans of this week’s episode, hit play below.