SoulBounce Exclusive: Dempsey Bolton Isn’t The Only One To Blame In ‘What About You’ 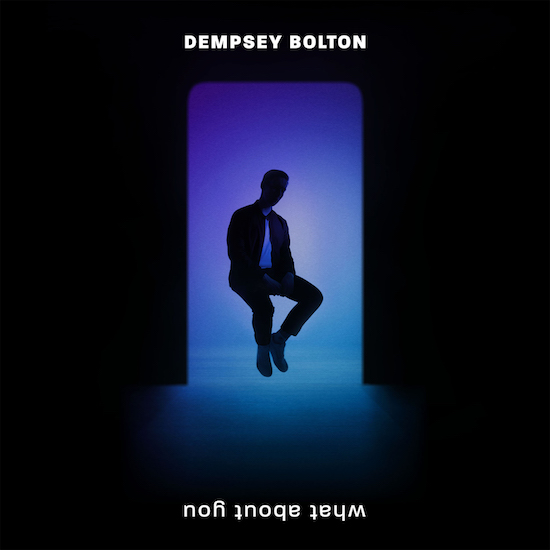 Artists often find inspiration for their music from their own relationships – the good, the bad and the ugly parts. Add newcomer Dempsey Bolton to the long list of artists like Marvin Gaye and Mary J. Blige who channel the pain and hurt from a broken relationship and flip it into song. The Canadian singer/songwriter pours his feelings out on his single "What About You," but don't think that this is another sad love song. Dempsey actually has a bone to pick with his ex and airs his grievances out on the electro-soul, mid-tempo number.

"You tell me once, you tell me twice, you tell me a thousand times, I guess I'll never learn / You think you're giving good advice, but I could say the same about you every word / And now it's my turn," Bolton sings on the first verse. He hears all the things his ex is saying about him, but he realizes that this breakdown is not all on him. He gathers his accuser together on the chorus, however. "Telling me I gotta do way better / Been dropping the ball guess I'm no catcher / But what about you baby, what about you? / Shooting me looks and throwing me shade / Saying my charms beginning to fade / But what about you baby, what about you?" he sings, letting them know that two can play that blame game.

"This single was inspired by a bad breakup where an ex was blaming our failed relationship on me," Dempsey reveals. He wasn't on board with being the bad guy, though. "I was feeling like the whole thing was unfair and only one side of the story. I remember having this thought that I wasn’t the only one responsible and then the line 'What About You' popped into my head. I was driving home from the gym and started writing the song ten minutes later."

With that relationship in the rear-view mirror, Dempsey Bolton has fully moved on and is looking forward to the release of his debut project Monochrome in the coming months. Until we hear more from that collection, enjoy this SoulBounce exclusive world premiere of "What About You" before its official release, and stay in the know about Dempsey Bolton's music moves on Facebook and Instagram.


TAGS:  audio, Dempsey Bolton
Previous: Phonte & Zo! Let Their Souls Glow & Jokes Flow With Their Musical Creations For ‘Sherman’s Showcase’ Next: Mary J. Blige Keeps Us In The ‘Know’ About Her Come-Up