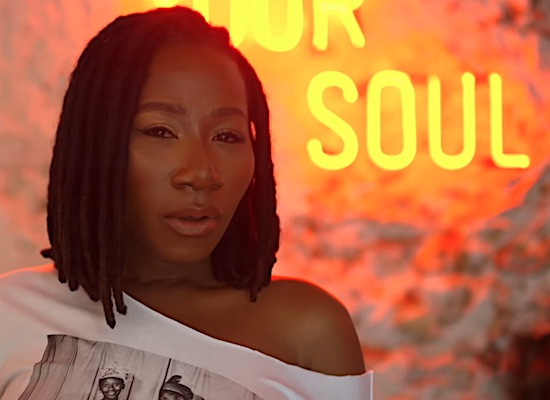 In her new music video for her single "Good Thing," Asa at times stands in front of a neon sign that reads "Save Your Soul" as she feeds ours with her rich vocals, meaningful lyrics and attention-grabbing visuals. The Paris-born/Lagos-bred global soul superstar takes us on location to her birthplace for the video directed by Sesan, and SoulBounce is debuting it in an exclusive world premiere.

We see Asa throughout "Good Thing" in various settings as she sings the song's self-assured lyrics, "Cos I am too fly for this / And I have no time for this / Am not afraid to be honest / Am not afraid to be on my own." While Asa enjoys her own company sitting alone at a cafe, the narratives of the people around her play out. We witness a young man walking to work, a couple arguing in the street, a young lady with vitiligo applying makeup to cover her imperfections, two hoodlums plotting and another young woman sitting with bottles of wine and pills contemplating her next move. The young man arrives at the cafe to start his shift and notices the couple's heated argument before the woman slaps her boyfriend and walks off. While she's caught up in what just transpired and not paying attention, her purse gets stolen by the hoods further adding to her worst day ever. Meanwhile, the girl who was layering on makeup decides to wipe it all off and goes outside with renewed confidence. The woman who was on the brink of ending it all chooses life instead and leaves her apartment to meet up with her beau who embraces her in love. Bringing things full circle, the cafe worker spots the thieves rifling through the woman's purse and takes it from them, eventually returning it to her and giving her a happy ending.

While all this action is going on around her, Asa sees all and looks on pleased at the outcomes. Asa calls the song, "simple yet powerful" with a message that "touches on issues of prejudice, diversity, race and culture." These themes come through in the clip without being heavy-handed. "The video showcases these issues in a beautiful manner," Asa proclaims.

Asa's "Good Thing" is the latest single to come from her upcoming fourth studio album, Lucid, which will be released in October. While we wait for that highly anticipated project, you can add "Good Thing" to your collection right now from your choice of digital music services and watch Asa and this cast of characters as they live their lives in Paris.


TAGS:  asa, Sesan
Previous: Raphael Saadiq Examines The Struggle Of Addiction In ‘Something Keeps Calling’ Next: Jidenna Proves His New Music Is ‘Worth The Weight’ 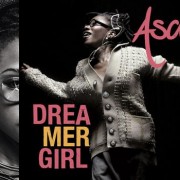