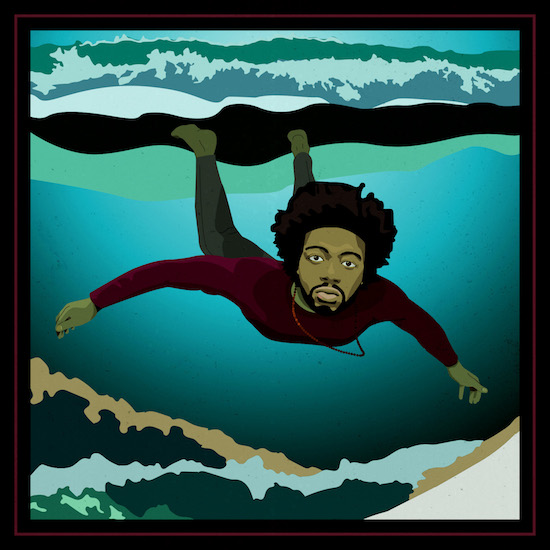 Some people just get all the talent. Such is the case with musical jack of all trades Sam Trump — who happens to be a gifted singer, songwriter, producer, instrumentalist...the list goes on. As you would imagine of someone of his many talents, Sam is always working on something new. Luckily, SoulBounce was able to secure an exclusive first listen to his latest, "Let Go."

"Let Go" isn't your typical mainstream track. Instead of a quick hit, Sam aims for something slower and more sensual on the track. It starts with the soothing sounds of water as the music slowly simmers. Soon, the verse comes in soft and sweet, with a chorus singing musings on love as it compares it to falling "10,000 feet below sea." Rather than a full-out refrain, though, Sam keeps it simple by just simply repeating "let go" as the music ebbs and flows. Things get even more sensual when guitarist Alec Lehrman steps outside of the groove for a searing guitar solo that leads to the music picking up in pace near the track's end, giving the close of the song a sultry feel with its sudden sense of urgency.

"I had this concept of being submerged in love, like being underwater and how the body works best in water when it is at ease," Sam Trump said of the song. "Leaving that [initial] writing session, I only had the first verse written, along with the simple chorus refrain, 'let go, let go, let go, let go,' and I knew I wanted to stay minimal with the production." However, it was after following the chorus' advice during a scuba diving experience that led to the song sounding like it does today. "I added the underwater sample throughout and kept the production simple," he said. "Finished the second verse. Added bass and told Alec that he needed to shred on this song, so I gave him the second half to go crazy!"

The newly engaged artist has a lot going on in his life, including a possible new album next year ("I'm working on something special and I have so many ideas," he told us. "You might get [something] outta me next year.") as well as his upcoming nuptials. We're definitely here for anything Sam sends our way, but let's not get ahead of ourselves. Dive deep into "Let Go" — which is set to be released to retailers tomorrow, August 14th — below.