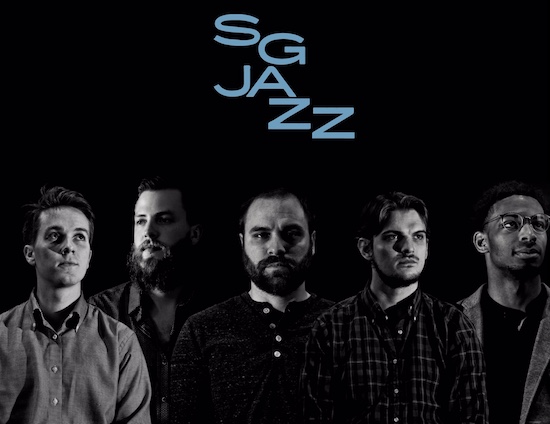 Louisville, Kentucky is known for quite a few things, including being the home of the KFC headquarters and the namesake for the ever-popular Louisville Slugger line of baseball bats. It's also known for its eclectic music scene — which includes everything from bluegrass and country to hip-hop and jazz. In an effort to bring together some of the scene's best musicians, Louisville native Dr. Dundiff has gathered of few of his friends from within the community to form supergroup SGJAZZ. SoulBounce now brings you an exclusive first listen to the group's new single "Make Me Feel," which features Berlin-based singer J.Lamotta.

"Make Me Feel" feels like a throwback to neo-soul's early 2000s heyday. The track blends jazz, hip-hop and soul effectively to create a heady, intoxicating mix that leaves an impression. The track is heavily rooted in the impressive bass provided by Patrick Denney, who sets the song's foundation with expressive playing. Meanwhile, Dr. Dundiff keeps the pace with rapid-fire drums on the chorus that quickly transform to the slower, lounge-y pace most associate with jazz clubs on the verses. The rest of the fellas — Idris Frederick on keys, Anthony Keenan on guitar and Noah Reed on saxophone — frame J.Lamotta's dreamy vocal perfectly as she sings of the way a lover makes her feel.

"Make Me Feel" serves as the lead single from SGJAZZ's self-titled album, which is set to drop on August 30th. The single itself will be available tomorrow, August 16th, but you can get your listen on below. After you're done with that, be sure to pre-order SGJAZZ and follow the group on Twitter, Instagram and Facebook.