Taking The ‘RnBlazer Road Trip’ In The 2019 Chevrolet Blazer Premier 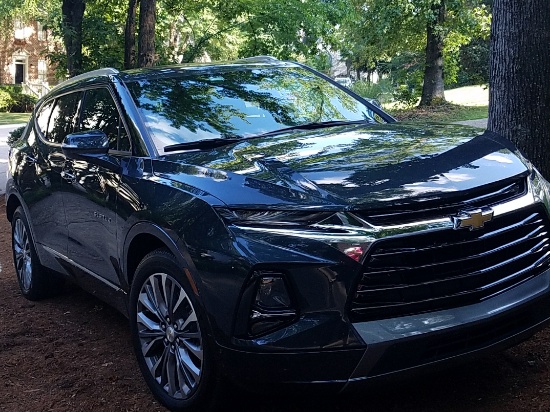 Summer music festival season brings our annual pilgrimage to New Orleans for ESSENCE Festival every July. This year was extra special because it was the 25th-anniversary celebration, and we had to do it up just as big. As we were planning our trip, the all-new 2019 Chevrolet Blazer Premier caught our attention, and we knew what we had to do: the RnBlazer Road Trip!

For those who remember Chevy Blazers circa the 1970s and 1980s, this is not the same vehicle. It's gotten an extreme makeover. Superbly styled and incredibly comfortable, it is all muscle and sleek style. It’s like the Chevy Camaro’s buff and sexy SUV cousin – the one with the 3.6L V6 engine, 21-inch wheels, all-wheel drive and a dope interior with premium leather-appointed and sueded microfiber seats and chrome accents. After marveling at its features, we nicknamed our 2019 Chevrolet Blazer Premier in graphite metallic "John Blaze" and were ready to hit the road. Our RnBlazer Road Trip started in the DMV and included stops in some of our favorite music cities and shenanigans with some of our favorite music makers and music lovers on the way to NOLA.

The first stop on our RnBlazer Road Trip was in North Carolina to visit SoulBounce fam Phonte in the Raleigh/Durham area. During our visit, we talked about Zo!'s new album FourFront, discussed Little Brother's long-awaited official reunion and watched a sneak peek of the mini-documentary about Little Brother’s first album, The Listening, which was funded by the North Carolina Arts Council and directed by beat and filmmaker Holland Randolph Gallagher.

Our next stop was Atlanta for a Shop @ SoulBounce pop-up at Moods Music. Atlanta Bouncers came through rocking their SoulBounce merch and eager to cop some new gear. We ended the day at City Winery Atlanta where Angie Stone performed to a packed house. She sounded amazing singing her classics as well as cuts off of her newly released album, Full Circle. 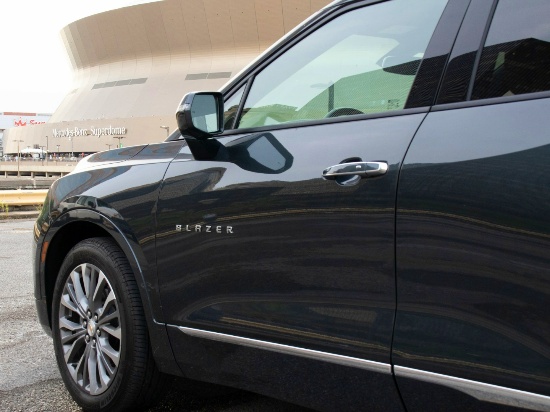 The Angie Stone concert was the perfect appetizer for the soul food buffet that awaited us in New Orleans at ESSENCE Festival. The next three days whizzed by in a blur of exceptional performances from artists such as Missy Elliott, Mary J. Blige and Maze featuring Frankie Beverly; second lines; empowering brunches; fun day parties and well-curated pop-ups. Everywhere we drove, John Blaze the Blazer was a hit in those NOLA streets. There were gawkers, approving nods and lots of questions about the Blazer from passersby who chatted us up as we were stuck in traffic, which was often.

The 2019 Chevrolet Blazer Premier was a whole entire mood. Chevy touts it as "attitude on arrival," and with headlights and running lamps that appear to mean mug the competition, we have to concur. It's both beautiful and capable, featuring advanced safety technologies and superior handling. Cruise control was clutch on the RnBlazer Road Trip. It automatically adjusted our speed to keep us a safe distance from the vehicle ahead of us and nixed all of the breaking and re-setting that has traditionally made using the feature a hassle.

The infotainment system, with an 8-inch HD color touchscreen, was well-positioned and easy to safely operate while driving. The onboard navigation system was uber user-friendly and accurate, finding us copious amounts of Starbucks, reasonably-priced gas and tasty eats throughout our travels. It was a surprising highlight, making this the first road trip we’ve actually taken sans Google Maps or Waze. The built-in 4G LTE Wi-Fi kept us connected, and Sirius XM and the Bose premium 8-way speaker system kept us bouncing all the way back to the DMV.

Before we knew it, it was time to bid John Blaze goodbye and bring our RnBlazer Road Trip to an end. We absolutely loved the all-new 2019 Chevy Blazer Premier. It was the ideal sporty, sexy, cool SUV for a long road trip. It was by far the most comfortable and well-apportioned vehicle we have road-tested for our SoulBounce Sound Travels series to date.

We cannot thank our friends at GM Diversity and Chevrolet enough for making the love connection and providing this vehicle for our RnBlazer Road Trip.