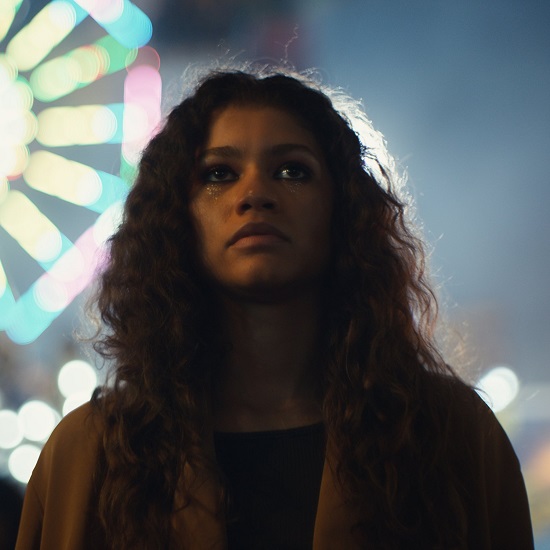 If you've been watching HBO's new controversial series Euphoria, then you already know that it is a lot. That being said, it is also one of the most interesting shows on television and a showcase for the growing acting skills of series lead Zendaya. What we didn't expect it to be was a place for a collaboration between the actress/singer and the show's music supervisor Labrinth. However, that was the case in the show's season finale, which ended with a surreal music video for the pair's collaboration "All For Us."

The song itself (of which there's also a solo version featuring only Labrinth) is an intriguing mix of electronic, R&B and gospel that shows Labrinth's skill as a songwriter, producer and singer. It begins with a chorus of voices singing before the beat drops in a glitchy haze of distorted vocals, synth bleeps and speaker-rattling 808s. Over that backdrop, Zendaya and Labrinth trade verses and lines about everyday struggles and why they grind like they do.

The song got a music video of sorts in the show's season finale, though it strips away Labrinth's vocal to make it more about the show. We won't spoil the details of the episode, which leaves us with a few cliffhangers to resolve for next season. However, the imaginative clip features Zendaya's character Rue floating and stumbling through life in a surreal fashion. We see her interact with her family though they don't interact with her. We also see her featured with a choir in a stylishly choreographed sequence that sees her being hurled around and then ultimately climbing a pile of people with outstretched arms before falling as the screen fades to black.

We might not know exactly where the fate of Zendaya's Rue lies, but we do know that this is one collaboration that we'll be bumping until the show's return. Che