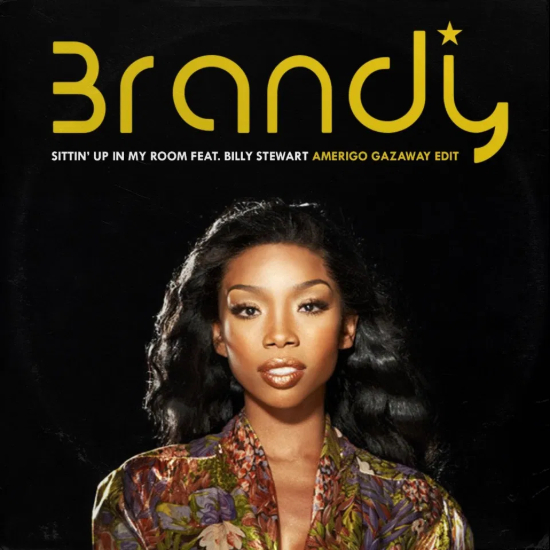 Producer and DJ Amerigo Gazaway has returned with his #BlendsdayWednesday series, delivering reinventions of past hits in ways your favorite producers wish they thought of. For his mighty return, he takes Brandy’s 1995 hit “Sittin' Up In My Room” from the Waiting to Exhale Soundtrack and mashes it up with Billy Stewart’s “Sitting In The Park.”

The "Amerigo Gazaway Edit" takes Brandy’s “Sittin' Up In My Room” vocals and repurposes them over a refixed instrumental of “Sitting In The Park.” Rather than just take Bran's vocals from her original recording, Gazaway used her vocals from the remix featuring LL Cool J, which honestly aren’t that different but have a bit of flair from Uncle L’s ad-libs. For the second verse, Gazaway utilized Billy Stewart's vocals on the flipped track. If the production sounds familiar, the old-school Chess Records song from 1965 has been covered and sampled numerous times by everyone from Slick Rick to Lily Allen.

On his edit, Amerigo fit Brandy and Billy's songs together like long lost puzzle pieces to create a jam we didn't know we needed in our lives. For more soulful heat like this, check out Gazaway’s blends, remixes, refixes and more on his website.