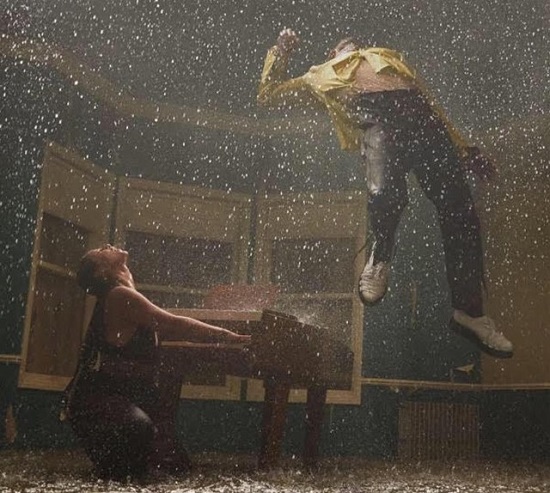 We haven't had a new Alicia Keys album since HERE — even though the singer-songwriter has released a handful of singles here and there since its 2016 release. She might be gearing up for another one soon, though, as she's just released a new single and video. The single in question is "Show Me Love," her duet with fellow singer Miguel that taps into Alicia's more sensual side.

Musically, the pair keep things pretty simple. A guitar, bass and the occasional hit of drums are the only things that accompany their voices as they demand fulfillment of their craving to be loved. "Show me love / Treat it like we freakin' on a weekend /Show me love / I eat up the seconds, times and reasons / For your love," Alicia begins the song while letting us know that this one is as much about passion as it is about romance. Miguel quickly follows suit as he echoes her sentiments and her quiet energy, with the two harmonizing as they trade lyrics back and forth.

Alicia and Miguel are joined by fellow stars Michael B. Jordan, Zoe Saldana and her hubby Marco Perego Saldana in the Cara Stricker-directed video (which is being billed here as a "visual sonic installation," whatever that means). While it's nice that they decided to shout out the actors by name, it's a bit of a weird flex — especially since their faces are barely visible throughout the entirety of the clip. Each pair (minus MBJ, who goes it mostly alone) pushes and pulls with and against their partners amid waterlogged backgrounds as they fling liquid from their soaked bodies and move around like people possessed. What exactly the water and wetness could symbolize is left up to interpretation. We'd imagine that the obvious might come into play, but the clip seems to be aiming at the possibility of a higher, more artistic meaning as well. We'll let you decide whether it succeeds in that goal or not.

While we're not sure that we exactly love "Show Me Love," we aren't necessarily mad at what Alicia Keys and Miguel have created here either. That's especially true if it's but the first offering from a new body of work from Alicia. Guess we'll have to wait and see if that part actually comes to fruition.