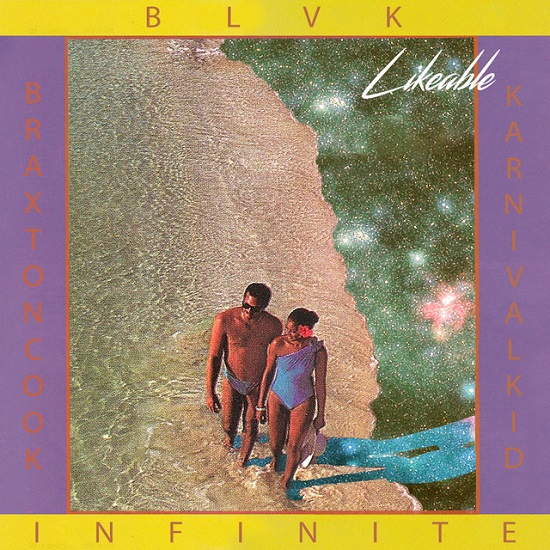 The first time we heard saxophonist and singer Braxton Cook and rapper/producer Karnival Kid collaborate was on a remix to Braxton's track "Lately." Little did we know that their collaborations would extend far beyond just that initial remix. In fact, the fellas liked working together so much they went ahead and formed their own dynamic duo. Calling themselves BLVK INFINITE, the two have also released their first single as a duo, the appropriately named "Likeable."

Karnival Kid is back on production duties, contributing a smooth sound heavy on the bass, trap hi-hat and lilting guitar. Braxton assumes frontman duties as he sings about a woman he just can't help but like. "You're so wifeable / Excitable / Everything you do is so damn likeable," he sings. "Every time we're in the same place I can feel it." The romantic overture is heartfelt with the multi-talent ready to make the object of his affections his one and only girl. Karnival Kid makes sure to also hop in with a quick verse about wanting to pause time just to share a special moment with this mesmerizing beauty. The song goes along in the same vein for the most part, that is until at the end where Braxton whips out his sax and goes to work while adding the perfect closing moments to the laid-back gem.

Will we be getting a full album from this super duo? Only time will tell. What we do know is that we think "Likeable" is an understatement when it comes to this jam. Get a listen to BLVK INFINITE's debut single below.


TAGS:  audio, BLVK INFINITE, Braxton Cook, Karnival Kid
Previous: SoulBounce Exclusive: Just Charlii Makes A Confident Declaration On ‘Like I Can’ Next: Lucky Daye Lays Himself Bare In ‘Love You Too Much’