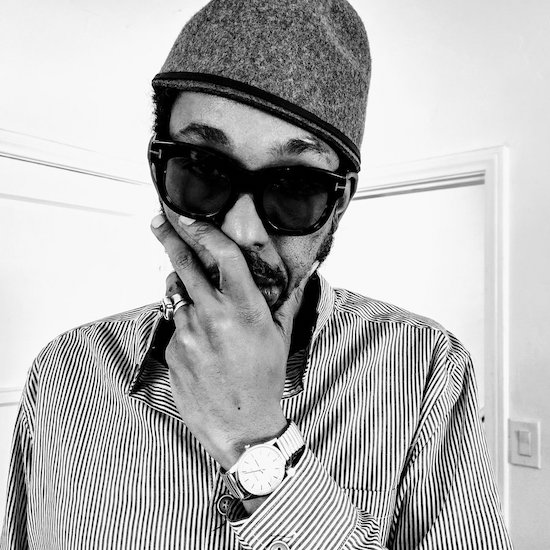 It's been more than a minute since Coultrain dropped his last project, the EP Side Effex of Make-Believe; divided for love's sake. Though it seems like things have been quiet on the homefront for the St. Louis-bred crooner, they've been anything but as he's expanded his craft far beyond the boundaries of music, releasing a short film, Below the Water, in 2017 and nabbing a coveted artist-in-residence spot with the Pulitzer Arts Foundation under his legal moniker A.M. Frison. During his time there, Frison combined the worlds of music, performance, video and writing, concluding with the publication of his mythological cross-genre artist book, Wet Grass, and its accompanying musical score, The Bluest Blue. After resurfacing earlier this year on Shafiq Husayn's The Loop, Coultrain recently shocked fans by dropping a surprise release, To What Do We Owe This Pleasure?.

Besides one mysterious tweet, there was little indication that he would be releasing the 19-track project. Released via Bandcamp, he took to the album's notes to provide some insight. "if the universal question is, 'To What Do We Owe This Pleasure?', then the automatic answer is 'Groove With The Grape!' this tape is a weapon. this tape was channeled. this tape is an observation. this tape was fun to make. hope it is also as fun to listen to," he explains.

The result is a whole entire mood as he uses his layered, gravelly vocals to paint a haunting picture. From the album's opener, "the plight of the bumblebee," to its closer, "delicacy," Coultrain takes listeners on a journey that borders on otherworldly at times thanks to his oft-kilter delivery and trippy tracks that cast an ominous shadow on much of the album.

While "memory of imposters" finds him dabbling in classic doo-wop influences and "aurora" drips with 80s-style synths, the majority of To What Do We Owe This Pleasure? runs slow like molasses, leaving listeners with a lot to process and take in. But after waiting for new music from this enigmatic artist for years, fans will surely enjoy taking in Coultrain's latest experience.