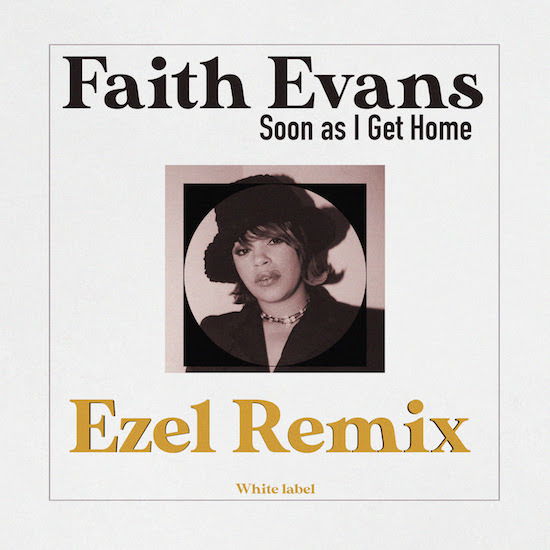 Faith Evans released her second single "Soon As I Get Home" 24 years ago this month. The track from her debut album Faith is a quintessential '90s R&B slow jam and a classic from her catalog that has stood the test of time. The song is pure perfection, so for anyone to even think about touching it for a remake or remix, they better come correct. Well, in-demand DJ/remixer Ezel not only comes correct on his remix of "Soon As I Get Home," but he takes the song for a twirl on the dance floor while he's at it.

Faith's "Soon As I Got Home" had an official remix back in the day that added Guy frontman Aaron Hall and turned the song into a body-rolling duet. Yet and still, it remained a slow jam. For his remix, Ezel decided to flip the Quiet Storm classic into something better suited for the club. Well known for his soulful house productions and remixes, Ezel took Faith's tender loving vocals and crafted an entirely new song in that vein around them. There's nothing slow about Ezel's jam, though, with its increased tempo, thumping percussion, keys and bass that makes you want to bust a move to this newfound groove. Ezel's additions to the track are a perfect fit for Faith's impeccable vocals and runs.

Press play to get the soulful house party started. "Soon As I Get Home (Ezel Remix)" is available for purchase from Ezel's Bandcamp page.


TAGS:  aaron hall, audio, ezel, faith evans
Previous: Mahalia & Ella Mai Get Revenge For ‘What You Did’ Next: Cadillac Takes Over The DMV For Debut Of The 2020 XT6 Premium Luxury SUV