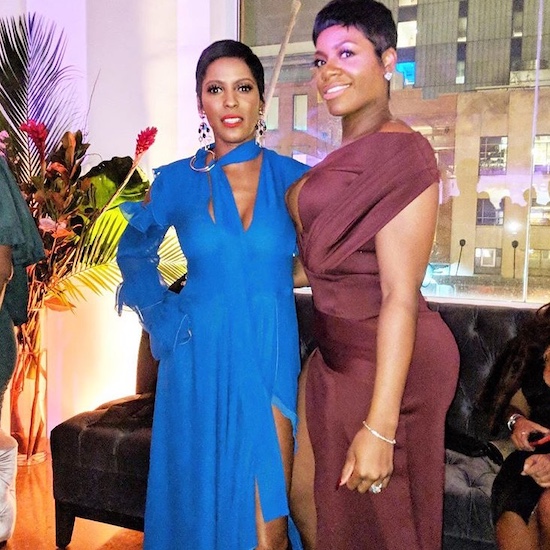 To say that journalist Tamron Hall has been through it would be an understatement. After some behind-the-scenes drama left her walking away from her post as co-anchor of NBC's Today, many were left wondering where the Texas native would land. After taking some time off to start a family, she is prepping to make a triumphant return this fall with her new nationally-syndicated daytime talkshow. For such a celebratory occasion, it's only right that her show's theme song would encapsulate her journey back to television. So Hall turned to her longtime friend, singer Fantasia, to do the honors and the result is the exultant, "Shine."

Though it's only a small snippet, Fantasia injects the song with the infectious energy of someone who has overcome her fair share of trials and tribulations. "Shine every day and night / Stronger than ever, ever," she declares over the uptempo track. Hall expressed her excitement about how the song came to be, stating that from the first time she saw Fantasia perform, she knew that they would be teaming up together one day even if she wasn't exactly sure how. "She embodies what it means to be a woman – she is loving and giving to others, and she shines," she said in a statement.

Meanwhile, Fantasia seems equally as excited and supportive of the #BlackGirlMagic that Tamron is about to sprinkle on everyone's television screens. “This song represents the positive energy that these types of women fight to bring into their own communities, and I know Tamron will bring the same approach to viewers nationwide with her new show.”

Tamron Hall is set to premiere Monday, September 9th. Be sure to check your local listings for stations and times.


TAGS:  audio, fantasia, Tamron Hall
Previous: Samm Henshaw Holds Our Attention Captive In ‘The World Is Mine’ Next: Gavin Turek Has Us Wide Awake At ‘2AM’