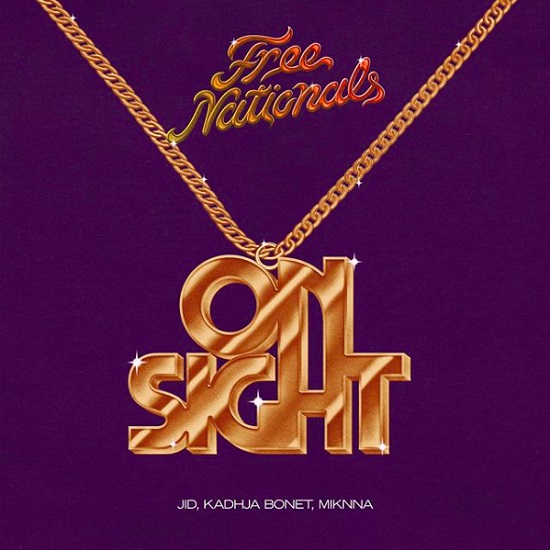 The Free Nationals have been teasing us with their impeding debut album for almost a year now. The campaign kicked off with their silky slow jam "Beauty & Essex" back in October and then continued with "Time" this past June. So far, however, we're still waiting on a release date and official title but we do have some news from the band in the form of yet another new single, their slinky groove "On Sight."

The song, like the previous releases, features an extensive guest list as they are joined by electro-R&B duo MIKNNA, rapper JID and frequent Anderson .Paak collaborator Kadhja Bonet. The unlikely grouping is united over a groove that sounds like an outtake from a Bootsy's Rubber Band recording session. An elastic bass line holds everything together as the band creates a dreamy funk soundscape heavy with pure sexual energy. Aiding in that are MIKNNA, who deliver the song's chorus in foggy haze that's barely discernible from the music playing. Meanwhile, Kadhja's sweet, smoky voice leads the first full verse and a quick rap from JID soon follows after the second chorus. The vibe is full-on '70s funk and we almost never want it to end.

It goes without question that Free Nationals has got the jams. Now if only they wouldn't leave us hanging and finally announce when we can expect the album to come. Guess we'll just have to keep refreshing their website until news finally breaks.