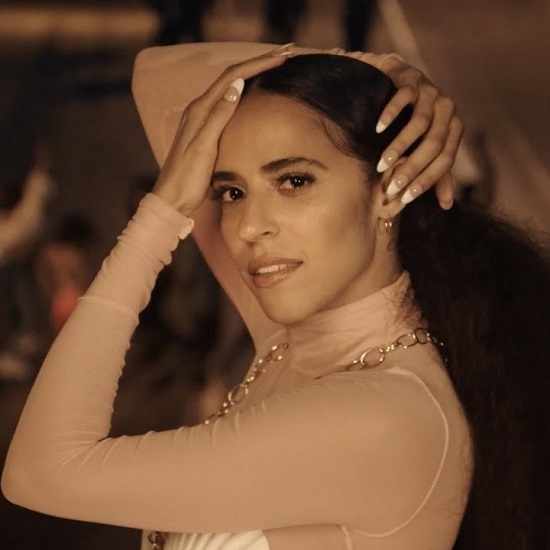 In addition to her liquid-silk vocals, retro couture glam and glorious halo of curls, Gavin Turek is also known for her sleek dance moves. But even after watching her previous performances, she still managed to catch us by surprise in her new video "2AM." The clip is also special because it's executive produced by Lena Waithe as part of her "Artists You Should Know" partnership with AT&T. Waithe clearly has excellent taste as Gavin joins Durand Bernarr, Andy Allo and CHIKA in the selective group.

Produced by Chris Hartz, Ms. Turek's slinky groove and accompanying video were actually inspired by real-life events. As Gavin recently explained to Billboard, "I couldn't help but be inspired by this house party I went to in L.A. It was probably past 2AM and we were dancing and laughing and just basking in the energy of being free of typical worries." Sounds like our girl had a blast, and that same carefree spirit flows through the visuals directed by Tiffany Johnson.

Looking casually chic with a seashell brassiere and baggy ripped jeans, the California Girl shows us what she's working with – serving up '90s-inspired choreography with a cool troupe of dancers. The video pushes our enjoyment of this sexy, funky jam to the next level, and increases our anticipation of her forthcoming debut album in early 2020.

"2AM" is currently available for download so you can dance to it all night long. Visit Gavin's website for album updates and be on the lookout for new music and concert dates in the near future.