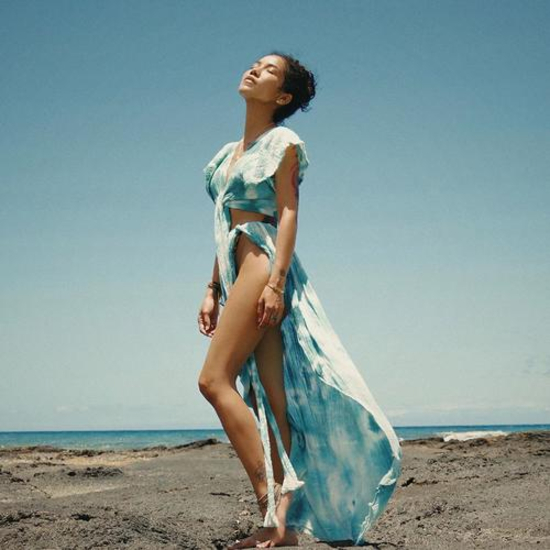 Remember the scene in What’s Love Got To Do With It when Auntie Tina Turner started chanting? Well, she’s not the only musician who’s called upon Eastern wisdom to protect her spirit. After feeling some kind of way about an ex lover on her “Triggered (Freesyle),” Jhené Aiko has decided to do some chanting of her own to protect her mind, body and soul. And, unlike Ciara, she’s sharing her prayer with us on “Trigger Protection Mantra.”

As you would expect, the lyrics are pretty sparse. In fact, it’s mostly a refixed refrain from “Triggered.” Jhené soothingly sings, “Calm down, calm down, calm down eventually, protect your energy,” throughout. The production is also pretty bare-bones, mainly Aiko playing the alchemy crystal singing bowls in the keys of A (third eye), E (solar plexus) and C (root chakra). While the track sounds like chimes and vibrating feedback, there’s actually a method to the madness. The chords and notes are specifically designated to help bring about peace and harmony.

You can learn more about the sound healing properties of the song in the description section of the track's video on YouTube. Aiko visual for the meditative piece features a kaleidoscope of calming imagery, including water and geometric shapes, in peaceful hues of white, blue and green.

“Trigger Protection Mantra” is the latest loosie we’ve received from Jhené Aiko, with no real information on a new project. A freestyle mixtape was mentioned at one point, and there are rumors that she and ex Big Sean might be reuniting for another Twenty88 project. What we will say, though, is that it seems that her “Trigger Protection Mantra” seems to be working, because Jhené is as cool, calm, collected and unbothered as they come.