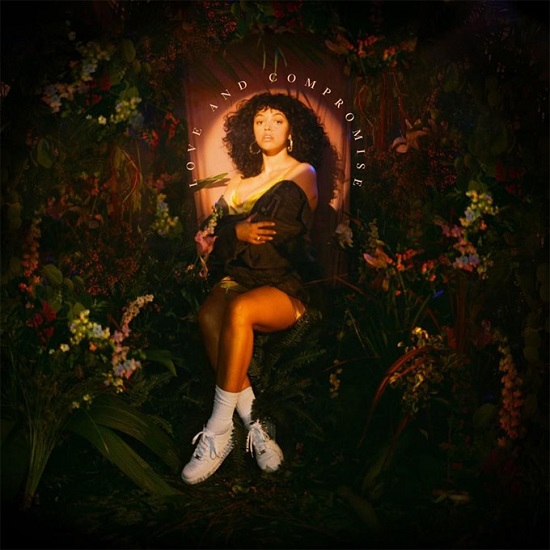 Almost eight years after being signed at the tender age of thirteen, British R&B singer-songwriter Mahalia delivers a buzzworthy album of genre-blending soul entitled Love and Compromise.  While the 21-year-old had previously blessed us with studio projects like Diary of Me and Never Change, the 13-track set serves as her musical reintroduction and official debut. To paraphrase both Keith Sweat and Tiffany Haddish, she may be young, but she ready.

Mahalia started providing snippets of the album last summer with singles like "I Wish I Missed My Ex," "Do Not Disturb" and "Simmer." Still, Love and Compromise holds sonic surprises and stands out for several reasons. For starters, the album contains several collaborations – a gamble considering that her prior collections were a solo affair, but one that pays off quite well. From the laid-back vibe of "Good Company" with uber-talented Terrace Martin, to the wavy, self-love anthem, "Regular People" with soulful Londoner Hamzaa and Bounce-Worthy singer Lucky Daye, Mahalia offers sufficient proof that she plays well with others. In addition to Burna Boy's cool feature on "Simmer," an undeniable highlight of the album is "What You Did" with former tour mate Ella Mai. The ladies' vocals are stronger than heartbreak as they spill the tea on a cheating partner over a flip of Cam'ron and Juelz Santana's "Oh Boy" (which itself samples "I'm Going Down" by Rose Royce).

Another noteworthy aspect of the album is the cohesive thread woven throughout each track. The album boasts several producers – including Sounwave, DJ Dahi, Sam Dew and Pop Wansel – which in turn allows Mahalia to explore different sounds. Yet, the comprehensive theme of "love and compromise," based on a famous quote by Eartha Kitt (heard in sassy album opener "Hideout"), connects each song in an unmistakable way. The '90s wop of "What Am I?" and "Square 1"; "Karma" and "Richie" with their jazzy, hip-hop flow; pop-leaning "He's Mine" and dance floor-ready "Consistency" allow the album to feel unified without sounding stale. Of course, the most obvious connection comes by way of Mahalia's lovely vocals, the real reason you'll keep this album in heavy rotation.

Love and Compromise is out now via all major digital retailers. Stream the album below and visit Mahalia's website for a full list of upcoming tour dates, beginning in North America on Sep 22nd before heading to Europe/UK cities in November and December.