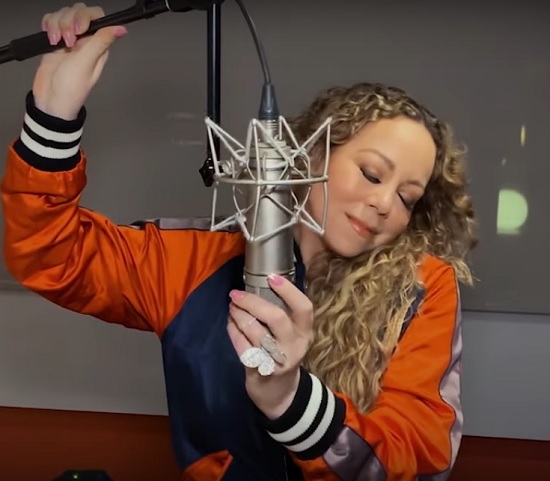 Another season, another black-ish spinoff. This time around is a little something different, though. New series mixed-ish will be set in the '80s and chronicle the upbringing of black-ish matriarch Rainbow Johnson (Tracee Ellis Ross). Also differentiating it from the main series is a bumping theme song by our favorite mixed chick Mariah Carey called "In The Mix."

Mariah takes inspiration from the show's multicultural theme and '80s setting for the track, which celebrates having a mixed racial identity. The music itself sounds like a throwback roller-skating jam mixed with a bit of Cameo's funk. Mariah, meanwhile, channels her older eras as her voice slides across the slick track with her whistle register in tow. She even shot a fun video for the song which shows off the series' cast — including actress Tika Sumpter and Mark-Paul Gosselaar of Saved By The Bell fame — moving to the groove and gives us studio footage of the song's creation (including her adorable twins providing ad-libs for the song's chorus).

mixed-ish is set to premiere on ABC this upcoming Tuesday, September 24th. It remains to be seen whether or not it will be a hit but, in our opinion, Mariah Carey's theme song most definitely is.