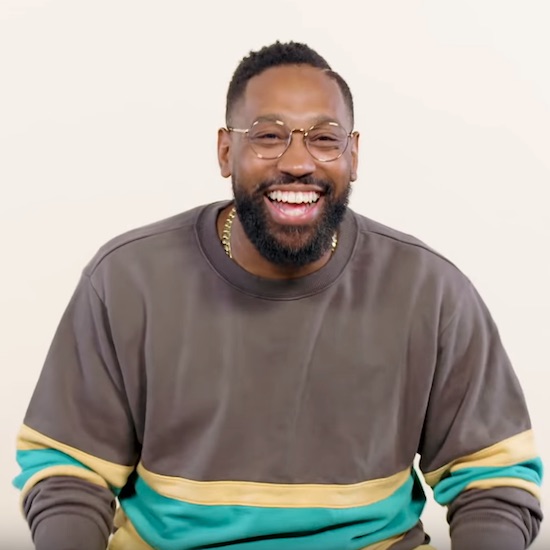 Singer, songwriter, musician, producer and all-around dope human being PJ Morton brought his soulful voice and keyboard to the set of ELLE's "Song Association." While some might say Maroon 5's sixth man was doing the most, this is the type of extra that we love. Over the course of 15 words, the musical maestro shared an interesting mix of songs, including tracks by Frank Sinatra, Reverend James Cleveland, Janet Jackson, and, of course, a few tunes from his new album, PAUL.

The game started with the word “fly.” Instead of going with the easy answer of R. Kelly’s “I Believe I Can Fly,” Morton dug in the crates for Sinatra’s “Fly Me to The Moon.” He then went into his church roots for the word “best,” singing James Cleveland’s “Jesus is the Best Thing.” After getting stumped by the word “like,” he rebounded on the word “love,” singing his own ballad “Built For Love featuring Jazmine Sullivan. He then followed that up with Prince’s “Kiss,” even though he didn't’ know the words but definitely knew the melody. Other selections included “I Have Nothing” by Whitney Houston, “Uhh Ahh” by Boyz II Men and a few more.

In the end, PJ's final tally was 12 outta 15, bested by other recent contestants such as Lizzo and Chloe x Halle. He may have struggled a bit but with his keyboard skill, winning personality and smile throughout, this might have been one of the most entertaining "Song Association" videos we’ve watched yet.