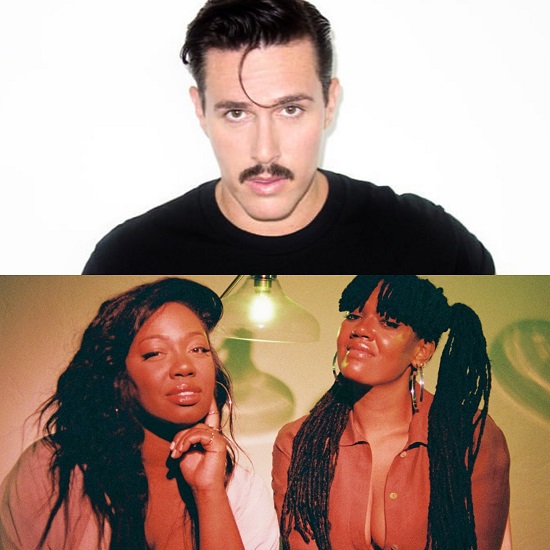 Don't you just love it when your favorite artists unexpectedly team up? For us, that's especially true when those entities haven't given us new music in quite some time. Enter Aussie singer Sam Sparro and the newly christened We Are KING, who have joined forces to release dreamy new single "Outside The Blue."

Sam teams with the ladies — who have become a duo and changed their name from KING in the time since the release of their GRAMMY-nominated debut — to create the lush, atmospheric track that's sure to make anyone who listens swoon. "Outside The Blue" starts with '80s-inspired production contributed by We Are KING member Paris Strother, who sets the mood while her twin sister Amber Strother provides backing vocals and harmonies. That leaves Sam to take care of the lead vocals. He does so with quiet-storm smoldering as he sings of a love affair floating both in the clouds and among the waves of the sea at the same time. Somehow the track manages to be both sensual and reassuring, like the embrace of a long-lost lover.

"The twins are the most incredible muses and collaborators. We were fans of each other’s work before we became friends," Sam Sparro said of We Are KING. "We are in love with a lot of the same music which made working together easy." Meanwhile, Paris equally gushed about Sparro. "It’s always special to make music with good friends, and even more a pleasure to create with a friend like Sam, with whom we share so much of a musical background," she said. "'Outside the Blue' is our collective dreamscape come to life — it was a beautiful experience to weave together textures, sounds and lyrics to create our own utopia."

"Outside The Blue" might be the first collaboration between these three, but we really hope it won't be the last. You can check out the ethereal track below and also stick around for a behind-the-scenes clip which showcases the making of the track and tells the story of how it almost never came to be.