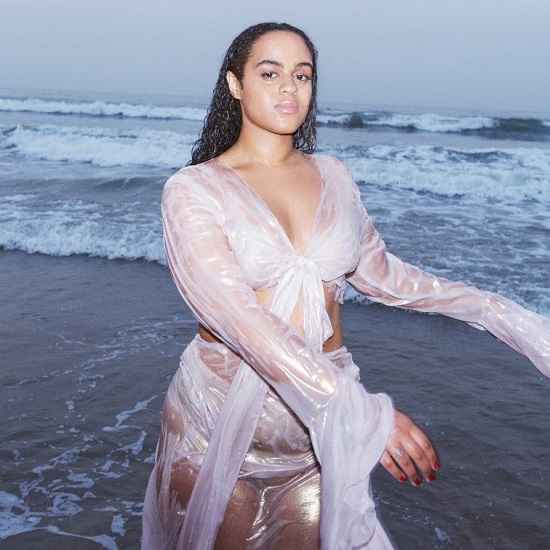 With its empowering themes, stunning visuals and masterful production and healing vocals, Seinabo Sey's sophomore album I'm a Dream was definitely a highlight of 2018.  Our Bounce-Worthy bae remained in rotation well into 2019, and we're not the only ones who were smitten. It's been a busy year for the Swedish songbird with her winning awards, performing for sold-out crowds and sharing the stage with dignitaries. Before she takes a well-deserved break, she decided to bless us one more time with a new single entitled "Shores."

Ms. Sey teamed with fellow talented Swedes Vincent Pontare and Salem Al Fakir, who perform under the name Vargas & Lagola, for the emotional, folk-soul ballad. While she has worked extensively with the songwriting/production duo in the past – they co-wrote many songs on her debut album Pretend, as well as I'm a Dream singles "I Owe You Nothing" and "Remember" – "Shores" marks the first time they can be heard together on wax.

Via press release, she explained how it came to be, saying, "At the beginning of 2017, Salem, Vincent, and I went out and sat down to write for my album I’m a Dream, where we also wrote this song. We didn’t get it ready in time for the album, but when I was planning a gig in Stockholm a few weeks ago, I knew that I wanted to bring them on as guests and share this song. Shortly after we rehearsed it together live, I visited the premiere program of Luuk & Hallberg where it felt natural that we would record and release it. I’ve worked with these two geniuses a lot and for so long, it feels extra fun to make a song that we’ll release together."

Over an acoustic guitar, Seinabo's rich alto laments the rift that led to the end of a relationship. The hurt is evident as she sings, "Lately I've been wondering / Where you hide your smile / I just need to see it one more time / Will you ever tell me what is really on your mind?" Salem echoes her pain with his own observations before they join voices in a tearful farewell, "I'm moving on / To life on better shores you see, shores you see, be sure of me / I'm moving on / To somebody that's sure of me, sure of me, be sure of me / See, I'm moving on, 'cause you're not strong enough / And you can't hold my heart."

"Shores" is currently available for purchase via major digital retailers. The heart-wrenching song is a bittersweet win for fans as the singer has announced it will be her "last little tune for awhile." Not to worry, though, SeinaBae isn't leaving us for good, she's just heading back to the studio to work on her next project. Until then, be sure to keep up with her on Instagram and Twitter.