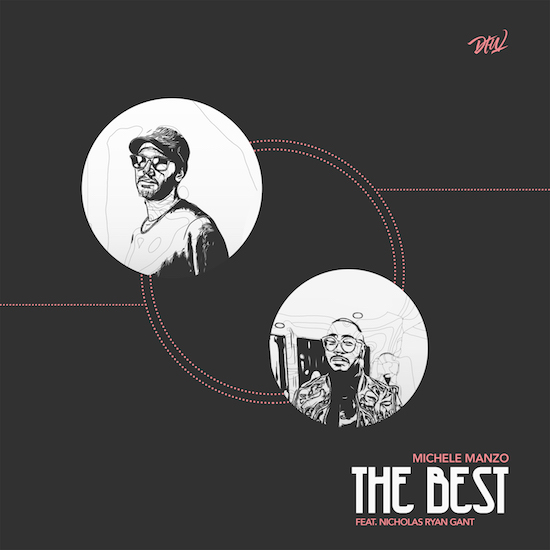 With fall upon us, that means cuffing season is officially in full swing. While we're sure you probably have your potential autumn boo in mind, we're guessing that you don't have your soundtrack in order — especially if you're looking to make this the permanent one (word to Wyclef). That's OK, though, because we've definitely got you covered thanks to musician/producer Michele Manzo's new single "The Best," which also happens to feature SoulBounce fave Nicholas Ryan Gant.

Michele supplies "The Best" with a warm, laid-back groove reminiscent of the underground soul of the early 2000s. In fact, he evokes the sound right down to the hand claps and Dilla-esque synth work. NRG, meanwhile, infuses the song with romance thanks to his simmering vocals and loving lyrics. "I thought I knew love until I saw you / I thought I was good, until you made it better," he sings at the song's start. "With you it is the best that it’s ever been." His noticeably subdued delivery and almost sighing backing vocals along with Michele's pitch-perfect production make "The Best" an undeniable vibe.

"This song is about the search for love. We all experience it, yearn for it, fight for it and ultimately, it’s about elevating yourself and becoming a better person," Michele said about the track.

Nicholas piggybacked on that sentiment, saying, "The message of the song is to really be open when it comes to love. You never know when and how it will happen. People go through so much in relationships that they close themselves off and sometimes miss out on what could be."

"The Best" is only the first track we're hearing from Michele Manzo's upcoming album All Rise, which will also feature appearances from Georgia Anne Muldrow and Dudley Perkins, among others. While the set won't be out until next month, you can pre-order it here and listen to SoulBounce's exclusive premiere of "The Best" below.