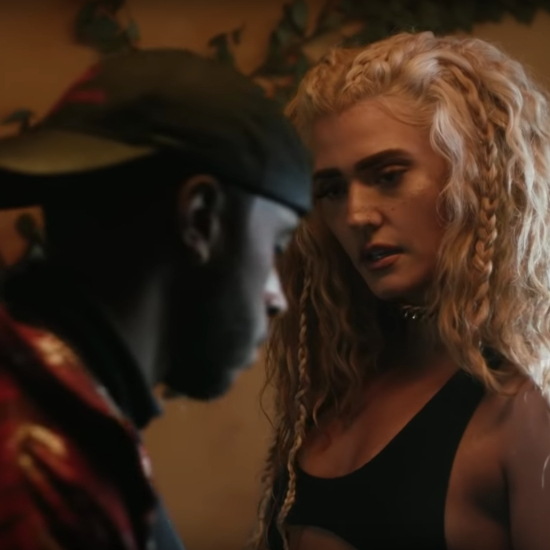 L.A. Reid’s latest prodigy and HITCO signee The Bonfyre has been making waves since releasing her debut EP, Ready To Love, last year.  The blue-eyed soul songstress found herself with a hit on her hands with the single "Automatic," which has done well for itself on urban radio. She's looking to recreate that success with her new single “U Say,” a brooding track about a relationship filled with equal parts broken promises and passion. 6LACK, who has become the favorite accessory of R&B chicks, also adds his two cents to the mix.

“U Say” finds The Bonfyre struggling with a lover who talks a good game, and she's sick and tired of being sick and tired. The Bonfyre wastes no time calling him out on the first verse, singing, “Run it down, let’s run a play now / You know how to kill a vibe / We in and out on the regular / And are you really where you say you are.” 6LACK ain't trying to hear her though. “Runnin’ off at the mouth / What the hell you talkin’ ‘bout,” he counters during his verse. This tit for tat takes place over Harmony Samuels' haunting production of synths, guitar licks and heavy bass.

The visual for the song directed by Sherif Alabede takes place in an abandoned house that is on the verge of collapse, much like this relationship. We see the rooms covered in overgrown foliage and flowers, making the interior look like the exterior. The Bonfyre is seen dressed in a flowing white gown in her solo scenes as she tries to make sense of all the nonsense her man is putting her through. Meanwhile, in her scenes with 6LACK, our heroine rocks a revealing black number to show him all that he's missing while acting funny style. It starts to rain on the pair inside the dilapidated house before a fire breaks out. However, instead of running for their lives, they stay put, a metaphor for many a relationship that's run its course but people don't leave.

To see more of The Bonfyre, be sure to catch the singer on the road with Fantasia as one of the special guests opening for her on The Sketchbook Tour.