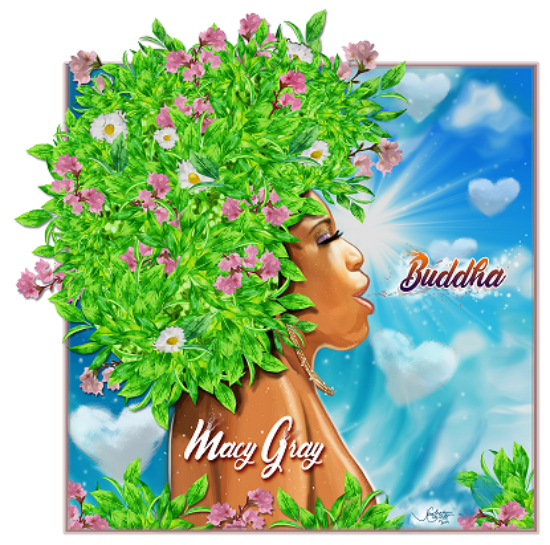 SB: So you have the video, and then you also did a cover art contest for your fans. How did you pick the winner?

MG: I like people who go all out, the person who won had so much detail in it, and color, and you can tell they listened to the song, they just nailed it. You can tell they were paying attention to me as an artist, some people we could tell didn’t know what I do. But the winner is perfect.

SB: It’s the 20th anniversary of How Life Is… think about when you made that album. What has changed about your sound overall since you released that album?

MG: Oh, I’ve evolved so much as an artist since that album. My voice is so much better. Technical wise, my pitch, my control, everything, I just do better. And then a lot of music has happened over 20 years so I have more influences. And life just happens so I have other things to write about. You pick up things along the way, and it kinda makes your next album for you.

SB: Yeah, a lot can happen in 20 years. We know you’re a jazz head and you also love rock & roll, do you feel like you’ve started to veer towards one genre versus another in your latest projects?

MG: It’s kind of a mixture, but it's not primarily any particular style that I can think of.

SB: And also what’s changed over the years is you’re letting more people write than you used to and add their input. Would you say that’s correct?

MG: I think it's going to the studio with different kinds of people. When I first started out it was me, my band and my producer, there was no one really around that just wrote lyrics and if they did, they didn’t bring ‘em up because I kinda already had it covered. I was always really prolific and I always had ideas, but it didn’t occur to me to really wait for somebody else. I don’t know if I got lazy or what, but I go in the studio with different writers and producers and their ideas are better than mine a lot of the time, a lot of the time I’ll have no ideas and they’ll kick it off and then we run with it. So yeah, it's just a matter of being more open and not so focused on making it all mine. It’s just been gradual.

SB: If you think about music today, you discover artists through your kids. So what are they listening to that you’re also picking up?

MG: I don’t know who half those people are anymore. A lot of it I like, but there’s so much streaming so I just never know who’s on. Like yesterday I heard an amazing song, and I don’t know who it was. My daughter wasn’t home so I couldn’t even ask her. I don’t know, but we’re in the post-trap era finally. It’s starting to die down, I hear a lot of people doing things different and making their own. There’s going to be a lot of the same, but I definitely hear music moving like the next Kurt Cobain could come along any minute. I don’t know when it's going to happen, but I do feel like it can move and I think people are a little bit trapped out. It’s getting kinda old and super same, and a lot of people put out a record and I thought it was the last record. There’s going to be a push to be creative and be different and to really go for it and not just put out something you can stream real quick. That’s my take on it.

SB: So you’re not into trap right now?

MG: I’ve just had enough. I like it, but after a while, it's like oh my God, please stop. Sometimes my son will play something, and I’ll literally start cringing like I can’t take it no more, you know. That’s me, there’s nothing wrong with it, I just can’t do it no more. Even my kids, they just listen to other stuff now. I just think we’re moving out of that, I mean you have to, I just think it moves naturally.