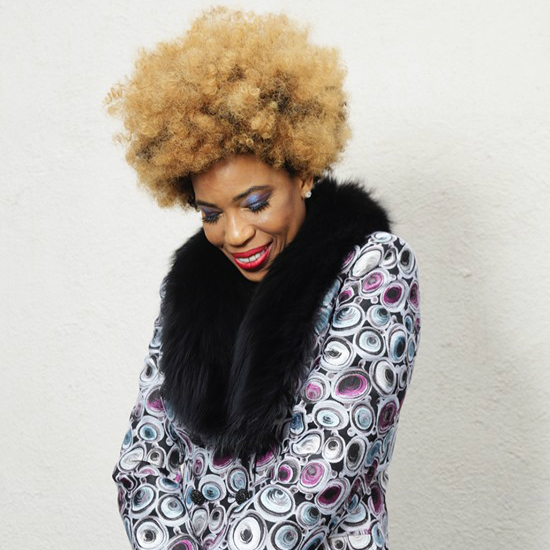 MG: I think its easier to listen because it's not the same as what you’re hearing, I think it's interesting, it's produced differently. My new album especially is just a whole different kind of record. I think people that give it a listen just dig it because there's so much going on that's big and different. It's magnetic that way because when it comes on you want to hear it, and it's just a good, solid musical record. There's a lot of detail in it but you can listen to it in your car, cleaning your house, however you want to listen to it.

SB: How do you feel social media has worked for you? Has it helped get new fans?

MG: I think social media definitely plays a part in promoting anything. There's a lot of things I wouldn't know about if it wasn't for social media. It's hard now because it's all about streaming and not record sales now. I see people with 40 million followers and they only sell 50,000 records, you know what I mean? It's weird now, it's very different. I think that's in popular music. You know that group Mumford & Sons? I forgot the number, but say they have 250,000 followers, when their record came out they sold 250,000 records. So it's different for different artists, I'm sure like when Adele comes out with a new record, it'll be closer to her [social media] numbers

SB: So you're working on a new album and with some new producers. When does it come out?

MG: I'm hoping to put a song out by the end of the year, but we'll see. We're just getting "Buddha" going, but my label's a little slow, so we'll see, hopefully before Christmas.

SB: You've talked about politics before over the past few years. What do you think of the state of the country right now?

MG: We just need a real leader. It's hard to function without a real leader, I mean whatever he is, he's not a president and I think that's why things are just all over the place. There's so much misinformation because there's nobody that knows when and how to tell the truth. He just says whatever is cool with him at the moment so we don't know anything. The whole thing about how the economy is doing better but no one's telling you that our debt is insane, and no one's talking about how everything's going up like, gas has gone up, your groceries have gone up. It's all bulls**t, so in a couple of years we're going to be right back where we started. Like the trade war, what's going on at the border, we just get told all this bulls**t and no one's clear. There's no Malcolm X, there's no Martin Luther King, Jr. either. We don't even have anybody who's the anti-Trump. We don't have anyone to look to for that, it's chaos really, it's all over the place.

SB: It seems that people are looking to artists these days to be leaders or start a revolution. What do you think about artists playing that role?

MG: I don't know if people go to music for their politics anymore. I know there was a day when we were at war and a lot was going on, and there was drug culture and homosexuality was coming out. There was a lot to discuss and there were artists singing about it but now people are so numb to things and I think your average artist finds it risky to put it all in a song. And nobody wants to sing about Donald Trump, nobody wants to write songs about him. You don't even want to say his name. If you look back at your leaders, none of those were artists. We had artists who moved things and inspired people like Bob Marley and Stevie Wonder , but the people who are actually fought and made change, none of those were artists. Those were politicians who were passionate and 24 hours that's all they did. I don't know if you can fix all of this with a song.

SB: Switching gears just a tad, do you have any thoughts about Toni Morrison's passing?

MG: She just inspired so many people, and I'm glad everyone's celebrating and remembering her because she was around for so long. I was shocked when she passed away. She was one of those people who was like an angel, like she wasn't actually human.

SB: Very true, we've lost a number of angels. So in terms of what's next for you, we have the new video, a new song at the end of the year, can we expect anything else coming up? We just saw you on Real Housewives of Potomac the other day, can we expect you to be on the big screen any time soon?

MG: Yeah, I just got two scripts sitting right here I'm supposed to read. I've been turning stuff down because I was touring so much and in the middle of my album. I definitely want to get back into it, and I just made my first horror movie, it's called Phobias. I think that's coming out late this year or early next year. It's a good movie and I can't wait.

SB: So is this blood and guts or more like a thriller?

MG: It's both. It's a thriller, but there's definitely blood and guts going on, but it's not like Saw. it's a good horror flick.

SB: Cool, we can't wait to see it. Will you be singing in it at all?

MG: Yeah, they didn't hit me up for the soundtrack, so I guess I'm just acting. But I am doing a new title for a new documentary coming out.  A couple of my songs from the new album are licensed out for a few things coming up.

SB: What makes your soul bounce?

MG: Geez, I don't know, lots of stuff. Good food, good sex, love, money. I like nice things. I travel, and it's always cool to see things you've never seen before. I like life, it's easy to cheer me up. It's easy for me to have fun.

SB: It's funny, usually when we ask this question, food is usually the first answer.

MG: Oh God, geez that's so hard. I can eat macaroni and cheese all day. I can eat french fries all day. I'm an expert at steak, I made the best steak the other day that you've ever had, it just melts in your mouth.

SB: We'll be over to have some steak. Until then, thank you so much for talking to us!