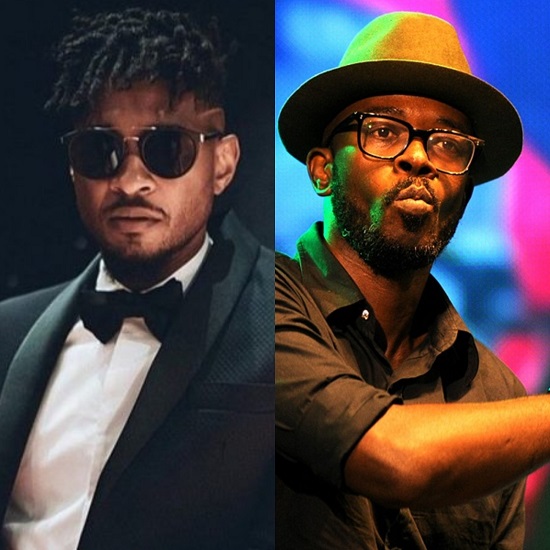 Usher is known for sweet R&B grooves and dance moves. Black Coffee is known for downtempo house beats that make us move our feet. So what happens when these two fellas' world's collide? We get an unexpected collaboration like the recently dropped "LaLaLa."

Actually, the collaboration isn't all that unexpected. The two first joined forces for a joint performance at last year's Global Citizen festival. That moment sparked a vibe, with Black Coffee actually sharing a video to social of them listening to this very track. Speaking of, the song is very much what you'd expect it to be. Black Coffee laces the track with a warm, ambient groove with synths that ping-pong back and forth. He matches that with a funky rhythm guitar and hypnotizing drums that draw you further into the groove. Usher plays well within the setting, crafting a story of him yearning for the affections of a former flame he hopes to ignite with once more. He switches from wanting a "likkle wine" with her on the dancefloor to wanting to get her between the sheets with a sly sex appeal that's been missing from his recent work (like last year's Zaytoven collab "A"), if we're being honest. In fact, the only drawback about "LaLaLa" is that it sounds more like an Usher track produced by Black Coffee than an honest to goodness joint effort. And who can be mad at such a minor quibble?

Rumor has it that this is just the tip of the iceberg that is a full-on collaborative project between Usher and Black Coffee. Whether or not that's true remains to be seen, but you can ride out what's left of summer to the song's slinky groove below.


TAGS:  audio, black coffee, usher
Previous: We’re ‘Enchanted’ By Chloe x Halle’s Cover For Netflix’s ‘Breaking Bad’ Sequel Next: SoulBounce Exclusive: Chin Injeti Is Ready To Move On In ‘On My Own’