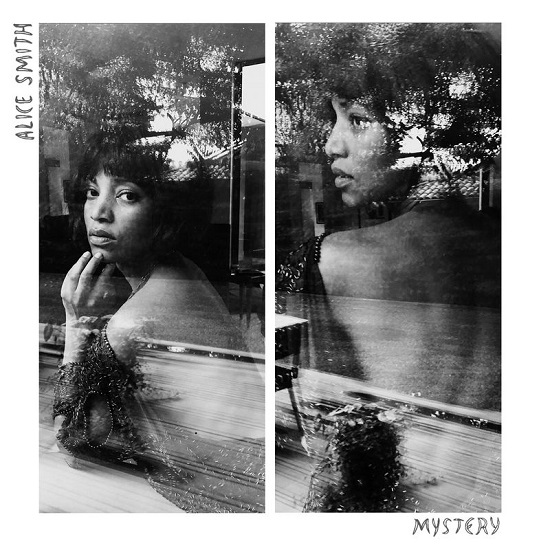 Well, would you look at that. We'd been anticipating new music from Alice Smith ever since she announced that something was coming and even gave us a preview during a rapturous appearance at NPR Music's Tiny Desk last year. However, while we weren't looking, Alice recently made good on that promise and dropped her new seven-track EP Mystery out of the blue.

Mystery is a bit different from what we've previously gotten from an Alice Smith record. For one, the production here definitely veers closer to the electronic side — with synths, programmed drums and other elements giving the songs a trip-hop-like grit to pair with the polish of Alice's voice. Speaking of her voice, the six years between projects have only added more distinction to Alice's instrument and given her tone a haunting quality, especially in the backing harmonies she equips on tracks like "The Meaning" and the set's title track. The theme of vulnerability is also a constant presence, particularly with Alice describing love and the way it's been able to penetrate her carefully constructed barriers. She alludes to this sensation on "Mystery," "Something" and, of course, addresses it directly on "Defenses " — even opening the song with acquiescence as she sings, "I can appreciate your ability to overpower my defenses."

With so much time between projects and an allure that automatically draws you in, it's hard to say that we really know much about Alice Smith. However, with Mystery, we get to know more of her heart through tender lyrics and her take on soul through the inventive arrangements presented here. It may be a short, sweet glimpse, but we honestly couldn't ask for more.