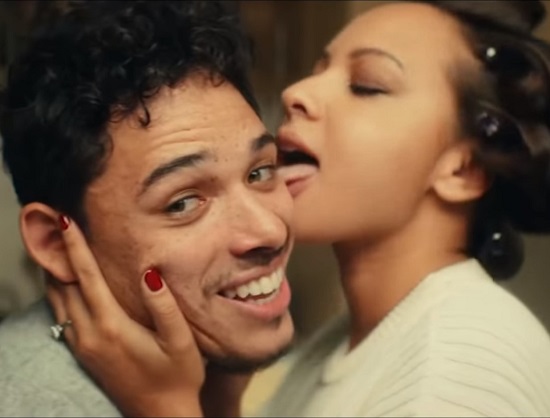 Anthony Ramos is known for his unforgettable supporting roles in Netflix's She's Gotta Have It, Oscar-nominated film A Star Is Born and Broadway juggernaut Hamilton (which earned him a GRAMMY, by the way). But this year, the multi-talented artist is ready to step into the forefront with his anticipated full-length debut, The Good & The Bad, due October 25th. As day-one fans of Netflix's SGHI, we still get goosebumps from his stirring performance of "Cry Today, Smile Tomorrow" from episode six on season two. But Ramos replaces the chills with pure heat in the visuals for his latest single "Mind Over Matter."

For the art-imitating-life concept directed by Andy Madeleine, Ramos plays opposite his lovely fiancé, talented actress, singer and fellow Hamilton alum Jasmine Cephas Jones. As she's in the kitchen whipping up something tasty while "lookin’ like a five-course" herself, Anthony clearly has other things in mind, and we ain't mad. "Wrap my hand around your waist, put my cheek up on your face/ Turn you 'round so you could see what you cookin’ up in me," he friskily sings.

While the lyrics and visuals focus on satisfying a physical desire, Ramos makes it clear that the song has a deeper meaning. He explains, "'Mind Over Matter' is about celebrating long-lasting love, and it doesn’t get more real than my fiancé Jasmine Cephas Jones starring in the video. It’s about making love to someone you truly love, when it becomes less about the physical and more about the mental connection." Either way, we suggest you pause whatever else you're doing and watch the adorable couple fog up the camera lens with their playful and steamy chemistry.

"Mind Over Matter" follows previous videos for "Dear Diary" and the album's title track, all of which are available as instant downloads when you pre-order The Good & The Bad. Shortly after the project is released, Ramos will embark on his first-ever headline tour. Scroll down for a full list of The Good & The Bad Tour dates and visit his website to purchase tickets. 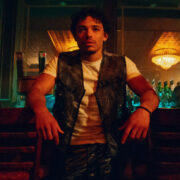 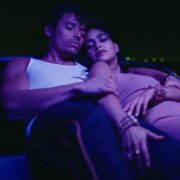 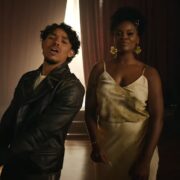 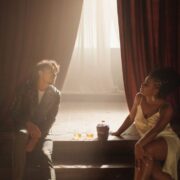