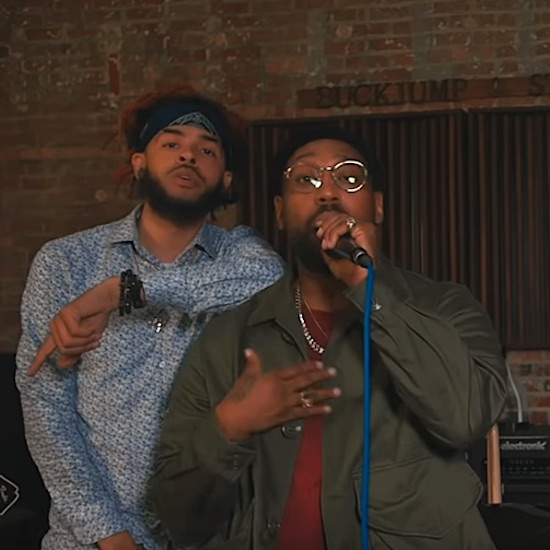 Everyone has heard the phrase, “If you love someone, set them free.” But that one line can’t quite embody the turmoil involved in making such a decision. However, the latest single from Dee-1 comes close. The New Orleans native has hooked up with his fellow hometown representer PJ Morton for his song “Just Go,” a rap ballad about a break up that Dee is really hoping ends with a make up – but don’t count on it.

Produced by Rockaway Productions, our boy Dee is going through it as his lady moves away to New York City. While he’s prepared to let go of his queen, he’s conflicted. "I'm so confident, but I'm so fragile / Full of contradictions, every day, it's a battle,” he raps. He loves her and wants her to spread her wings in the big city, but he’s at the point where he knows she’s looking at the front door – literally and figuratively – whether he likes it or not. He still cares and wants to make it work, but he knows that a long-distance relationship ain't happening. "But if you ain't complete, I can't compete / You gotta do you, 'cause jealous, I ain't gon' be / And trust, when you get there, the fellas ain't gon' be / Worried 'bout your man, 'cause me, they ain't gon' see," Dee-1 sadly spits. Morton helps him sing his blues on the catchy chorus as he tries to help his boy pull through.

In the video directed by Dr. Clipz, we watch as Dee-1's girl kicks him to the curb. The clip opens with Dee sitting alone at a table at a local restaurant with food all over his face, tipping us off from the get-go that this won’t end well. Over the course of the video, we see the events that led up to him sitting there looking pitiful. He's on a date with bae, and things seem cool enough until dessert comes. Instead of eating her delectable slice of cheesecake, she decides to smoosh it in his face then proceeds to leave, unbothered as ever, while Dee tries to figure out what just happened. Mixed in are performance scenes with his band and PJ on keys, helping Dee-1 to perform through his pain.

Press play to watch this break up play out in living color. “Just Go” can be found on Dee-1’s latest album, God and Girls.