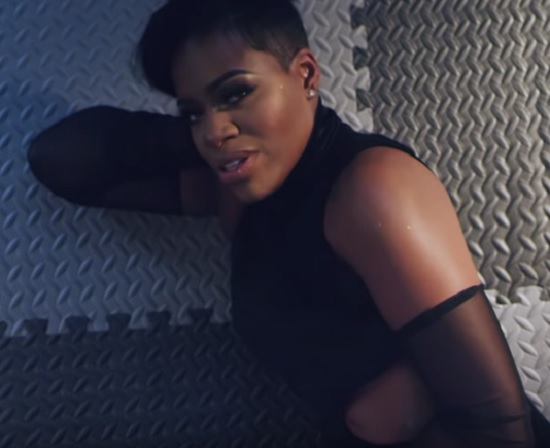 Fantasia had been teasing the arrival of her album Sketchbook for the better part of this year. This past Friday, she made good on her promise with the album's release. The set is full of the soul that we expect from the American Idol winner that has always had the range. In addition to the album, though, Fantasia is also giving us beautiful visuals from the set with frequent collaborator Derek Blanks. Their collaboration continues with Sketchbook's latest visual for her track "Bad Girl."

With a title like "Bad Girl," you'd expect something sultry and sexy. Instead, it's an anthem about being the chick who gets the job done and makes a man rise up to her level. She takes the idea further in the video as she plays a woman training for the fight of her life. We know that Fanny has been all about her fitness in recent years — with a banging body to show for it — and she shows off her skills in the clip. She's deep into training mode, including going on runs, hitting the weights hard and beating up on punching bags with the ferocity of a true fighter. While she's putting in the work, she still looks mighty fabulous doing it, and we, of course, get more than a few glam moments from the star — including a couple of solo shots with Fantasia covered in a shiny metal bustier and sequins as she performs the track. It all leads into a first-person view of her bout where we play her opponent and get knocked out not only by her beauty but by her mean right hook.

There are plenty of powerful moments like "Bad Girl" to be found on Sketchbook, including singles "Holy Ghost," "Enough" and "PTSD." The set is available for purchase now and you can stream the album in full below after checking out Fantasia working it out in the video for "Bad Girl."