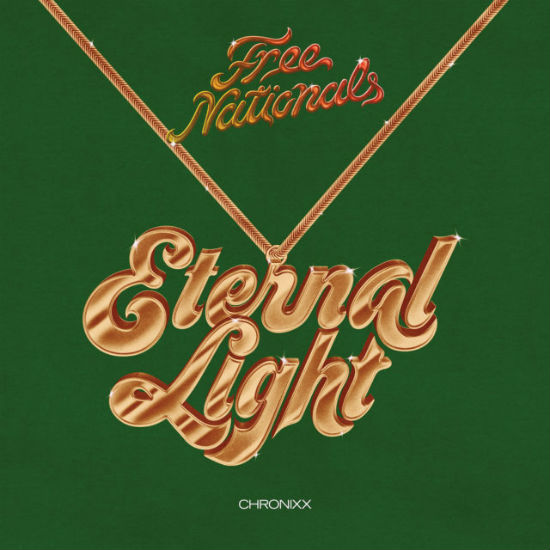 Though affectionately referred to as “Anderson .Paak’s band,” Free Nationals have quickly earned their spot as an independent, musical mainstay. With previous collaborations with the likes of Daniel Caesar, Kali Uchis, Mac Miller and JID, the four-piece powerhouse has managed to emerge from the shadow of their megawatt bandleader and has garnered a solid fan base of their own. Their fourth single in just under a year entitled “Eternal Light” serves the type of warm and laid-back vibes we tend to appreciate more during the cooler months. The track features reggae artist Chronixx and will lull even the most resistant listener into full chill mode.

Over a hypnotic bass line and penetrating percussion, Chronixx sings of “positive vibes” and “good vibrations.” His soothing tone and unbothered lyrics paint a vivid picture of what’s got him feeling so right. After noting the rum in his cup, he describes his chosen weapon for seduction singing, “Ain't nothing wrong with touching melodies and souls yeah / They acting like the people don't need it no more / Still when she hear that good music she pulls me closer / She grooving and now I know she feeling it for sure / She move to me and rest her head upon my shoulder / Soothingly she tells me to turn up the song.”

Spark a flame and give Free Nationals’ “Eternal Light” featuring Chronixx a spin. Be sure to add the track to your adult time playlist from your favorite digital platform, as it's the perfect addition to any cuffing season soundtrack. While there's no official word on when we can expect Free Nationals' reportedly self-titled debut album, with four certified jams under their belt, we suspect we won’t have to wait much longer.


TAGS:  Anderson Paak, audio, Chronixx, Daniel Caesar, Free Nationals, JID, Kali Uchis, mac miller
Previous: Baby Rose Sings The Blues On ‘COLORS’ With ‘All To Myself’ Next: For Mayer Hawthorne, It’s Not ‘Over’ Just Yet