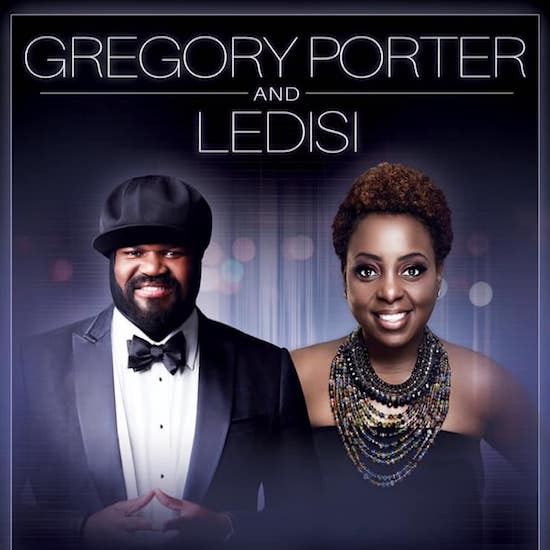 What's better than one soul-singing, jazz-swinging, powerhouse vocalist going on tour? Well, two, of course! That is precisely what's on deck when Gregory Porter and Ledisi go on tour in early 2020. The SoulBounce faves have announced that they are embarking on a co-headlining concert tour starting in February and running through March. Their joint tour will hit a total of 10 cities, starting in Led's hometown of Oakland, California. From there, the tour will hit soul cities such as Atlanta, Houston and Chicago before concluding in Detroit.

Gregory Porter and Ledisi are no strangers to sharing the stage together. They've performed various concert dates on the same bill before – as recently as this past August in Philadelphia – and who can forget when they sang the song "Everything Must Change" from Quincy Jones' 1974 album Body Heat as a duet for his 85th birthday tribute special, Q 85: A Musical Celebration For Quincy Jones, last year. We don't know if they'll sing any duets on this tour, but we're crossing our fingers and saying our prayers that the spirit moves them in that direction.

Tickets to see these two musical magic makers will go on sale for most dates on Friday, October 25th on GregoryPorter.com and Ledisi.com. If you don't see your city listed on the roster of tour dates, keep crossing those fingers and saying those prayers that more dates will be added. 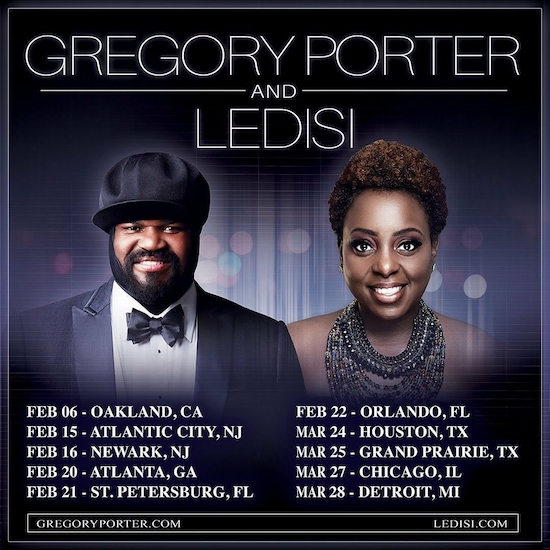