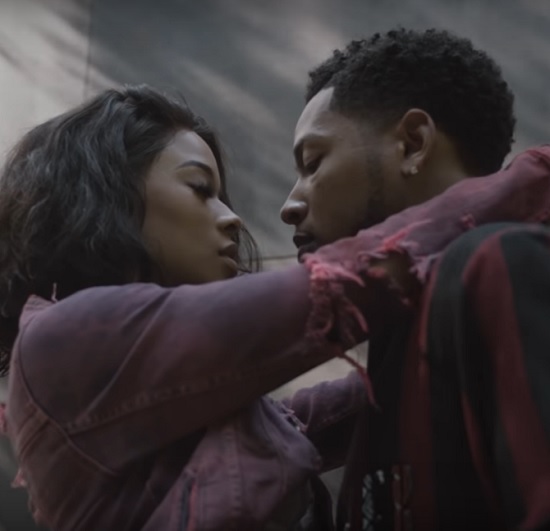 Rumor has it that actor/singer Jacob Latimore and Empire starlet Serayah are a couple (the two have even pseudo-acknowledged their budding relationship via interviews). While rumors like these are a dime a dozen in Hollywood circles, there might just be fuel to this fire — especially if you use Jacob's recent single "Caught Up" as proof. The song, which is lifted from his recent album Connection 2, is a steamy duet with his fellow double threat that finds them trading verses about how in love they are with each other. The chemistry between the two is palpable even on wax, with their breathy coos over the slow, hypnotic beat keeping up the lover's vibe.

With so much already in the song's recording, you already knew that things would be taken up a notch or 12 when the two got together to make the song's visual. That's exactly what happens when you press play on the clip for "Caught Up." The twenty-somethings flirt and flaunt their love throughout the clip with longing looks, intimate caresses and enough sexual tension to fog up your screen. But before we get to those moments, the video first teases us a bit. It starts with Jacob and Serayah in different locations as they sing their respective parts. They're constantly moving closer to each other, though, as the tension builds until the song's finale. The clip then ends with the young lovers finally embracing and then — just when we sense that they might get a little closer with a kiss — everything fades to black.

Couple or not (let's be real, they're a couple), the track is a nice one from Jacob and is just one of the reasons you should check out Connection 2. Watch the tantalizing twosome steam up the scene in the clip below. 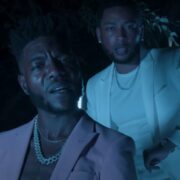 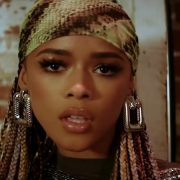 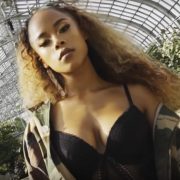