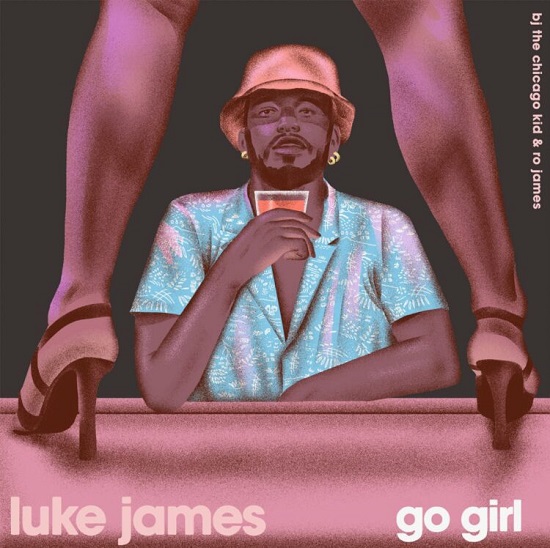 Luke James has been prolific on the acting front, landing roles in The New Edition Story, Star and most recently The Chi. When it comes to music, though, he's one of R&B's biggest teases. He's managed to drop one single a year since 2017 with "Drip" and "These Arms." It seems he's finally ready to deliver a full-fledged project next year and he's even called on his musical brethren Ro James and BJ The Chicago Kid for its lead single "go girl."

The song really wants to take us back to a 1990s vibe. They say so all over the track, from a chant of "nineteen ninety vibe" woven throughout the track to references to '90s television and R&B songs. Luke even expressed as much to Billboard when discussing the track. "It's a celebratory song that I created with two of my best buds in the business, Ro and BJ," he told the publication. "'go girl' is a feeling, an unconventional vibration about a specific woman. It’s perfectly freeing... as if it came out of a '90s classic love song or film." The sound of the track's production is squarely of the moment, though, as the fellas trade verses about women turning them on and putting it down. Interestingly enough, Luke doesn't tap into his renowned falsetto here. In fact, he's doing more of a talk-sing cadence than anything else, which allows his brothers in song to upstage him a bit on the vocal front. That coupled with lyrics that are a bit unfocused outside of capturing the vibe of a long-gone era leave this one feeling just a tad lackluster.

There's still a chance for Luke James to redeem himself as he's set to drop his sophomore album to feel love/d early next year. Of course, we'll be there to keep you posted as he gets closer to the project's release.