SiR Is Living The Simulated Life In ‘New Sky’ 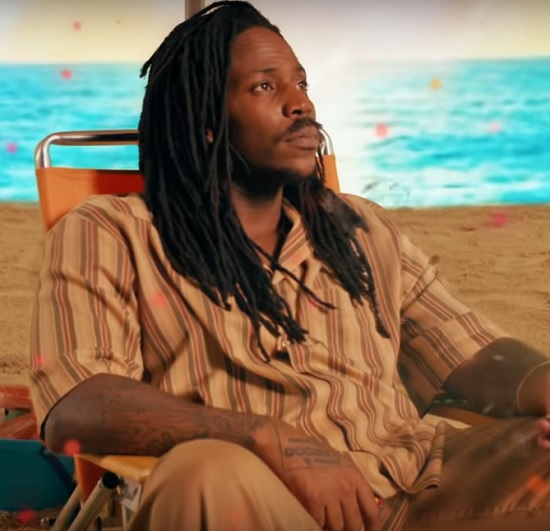 When SiR dropped his TDE debut November at the top of last year, we got to know the singer-songwriter not only through his soulful sound but also through music videos that slowly trickled out through the course of the year. For his recent release Chasing Summer, however, he seems to be taking a different approach. Rather than a slow trickle, videos from the project are coming at a much faster pace. That's why, just a month after we got the clip for "That's Why I Love You," we're already vibing out to the latest video from the project for his track "New Sky."

The visual encapsulates the theme of Chasing Summer, with SiR first appearing on the sunny shores of a sunny beach. Looks are deceiving, though. It turns out that the sand is on a soundstage and the sky and ocean are green screen creations asSiR sings of heartache while the scenes change from set to set. While we get plenty of SiR in the visual, we sadly don't get to see collaborator Kadhja Bonet, though we do see her voice emanate from the mouths of the bevy of beautiful vixens who share screentime with SiR as he sings his melancholy melody. All in all, it's an interesting visual that comments on the artifice of industry life while also showing the lengths we'll go to feign happiness in the face of heartache.

With the arrival of the "New Sky" visual also comes news of SiR's Summer Forever tour, which will kickoff this December. The trek will see the Cali native embark on nine dates that will take him from the East Coast back to the West Coast with more than a few stops in between. You can catch both the video for "New Sky" and a list of tour dates below. For tickets, be sure to head to SiR's website.

TAGS:  Kadhja Bonet, SiR
Previous: SoulBounce Exclusive: Rocky Has Questions & Answers On ‘How Will I Know’ Next: Sudan Archives Flips The Typical Video Script With ‘Confessions’