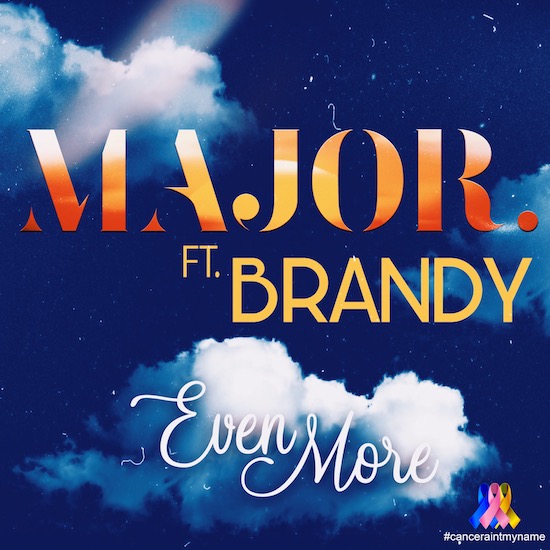 It's been a year since MAJOR. dropped his debut album Even More, and what a year it's been for the singer/songwriter/actor. He garnered a GRAMMY nomination for Best Traditional R&B Performance for the single "Honest" and snagged a role on the hit FOX series STAR where he played a character who was Queen Latifah's son and Brandy's cousin. Although STAR has since been canceled, MAJOR. and Brandy are continuing their musical association and breathing new life into his album with an updated version of the title cut "Even More" for his latest single and music video in a SoulBounce exclusive world premiere.

The Harmony Samuels-produced love song gets a touching makeover with the addition of Brandy who initially makes her presence known in the background toward the end of the chorus. She fully steps up to the mic on the second verse, harmonizing with MAJOR. for the remainder of the song and adding her signature vocal flourishes. MAJOR. is using this rerelease of "Even More" to launch his #CancerAintMyName campaign centered around cancer survivorship. A portion of proceeds from the single is earmarked for cancer research organizations, including Susan G Komen Los Angeles.

The video ties the song and MAJOR.'s new campaign together. It begins in black-and-white with him talking into the camera. "I am so proud of you! You haven't quit, you won't quit, cause we don't quit!" he emphatically states before the music drops in. From there, he steps onto a stage and the scene changes from black-and-white to full color as he starts singing. Brandy doesn't appear in the visual, but illustrator Nikkolas Smith contributes an animated scene that focuses on a woman's journey through cancer and the love village that surrounds, supports and encourages her. The animation is a subtle yet powerful reminder to keep going and keep living.

MAJOR. and Brandy have tugged at our heartstrings with their remake of "Even More" and the video has our eyeballs sweating. "To every warrior in the struggle, please know you are NOT a burden," MAJOR. makes it clear in a statement about his initiative. "Cancer has many names, but it doesn’t have yours." If your life or that of a loved one has been affected by cancer, use and follow the hashtag #CancerAintMyName.