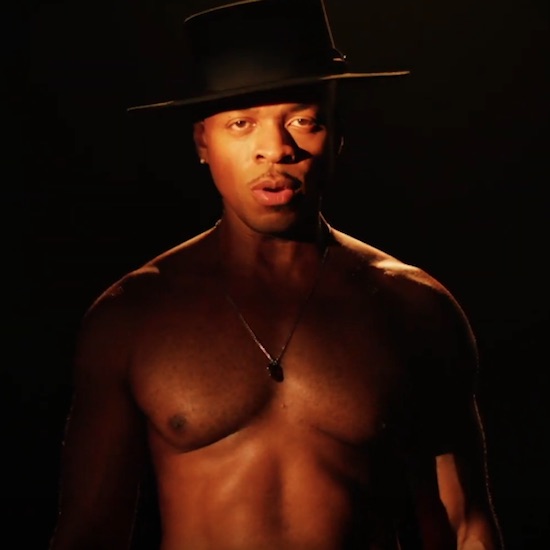 Stokley, who first came to everyone's attention as part of the group Mint Condition, has always been attractive and fit, but we were today years old when we learned just how fine he is. That's thanks to the tantalizing music video for his new single "She...," which he released earlier this month. Although he's singing the praises of his lady on the track and is surrounded by a bevy of beautiful women in the clip, this visual is truly all about him.

In front of director Josh Sikkema's camera, Stokley channels D'Angelo's classic "Untitled (How Does It Feel)" music video appearing bare-chested in the first scene. That may be no big deal to some until you do the math and realize that Stokely is 52 years old and serving up pecs, abs and barely an ounce of body fat like a man half his age. Not only is Stokley giving us body goals in "She...," but he's delivering sex appeal by the pound as he's soon surrounded by a group of video vixens who can't keep their golden hands off of him. The scene changes and Stokley is fully dressed in a mirrored room with his reflection everywhere. While Stokley sings and bops along to his groove in various looks, we also see more of the women who vamp it up for the camera and shower him with love.

The video may be a departure from the song's lyrical content, but we're here for the sensual celebration of women, intimate display and seeing more of Stokely. Fans will soon get to hear more from him, too, with the announcement that his next solo album will be entitled Sankofa. Stokley's sophomore project will be released in 2020 on Jimmy Jam and Terry Lewis' revival of their Perspective Records label. Stay tuned for Sankofa's release date, and keep up with Stokley's whereabouts via his updated website.