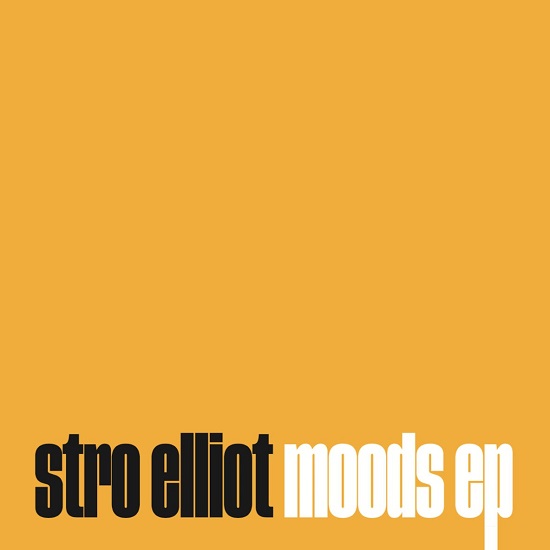 We don't know where Stro Elliot lives, but we imagine there's a dedicated room/suite/wing lined wall-to-wall with record crates. The breadth of his musical knowledge flows from cerebrum to fingertips, enhancing anything he touches. Even before he became official percussionist of The Roots a few years ago, the producer/musician was sought-after for his distinctive approach to remixing, sampling and crafting beats. His latest solo effort Moods serves as irrefutable proof that he's only gotten better with time.

The 7-track EP is a tribute project of sorts, highlighting some of Stro's favorites, which run the gamut from forgotten gospel classics and '80s pop to jazz and hip hop/soul. True fans of The Procussions co-founder will recognize a few songs from his vault, but that won't lessen the enjoyment in any way. Part of the fun in listening to Moods is piecing together the correlation between song title and sample. For instance, album closer "Hey Slim," an infectious downbeat homage to Bilal's "Sometimes," is inspired by a concise portion of the song's lyrics. Meanwhile, the satisfying slaps throughout "FTL" make us appreciate the song's repeated "found the Lord" chorus even more.

Other head-nodding standouts include "The Egyptian Way," a futuristic boom-bap reimagining of The Bangles' "Walk Like an Egyptian;" cold and clean-cut "1000000," Lil Wayne flip; and "Gifted," a feel-good thumper based on Aretha Franklin's "Young, Gifted and Black." Music heads will likely hone in on the incredible "Marvin's Mood" and "Kamaal Coltrane." The former is a savvy ode to Marvin Gaye's "I Want You" that maintains the sultry vibe against a hotbed of beats. The latter, a savvy synthesis of John Coltrane's "Giant Steps" with lyrics to go from Kamaal the Abstract, better known as Q-Tip.

Whether you've had a crappy workday or feel easy like Sunday morning," Stro Elliot's Moods issa vibe that will put you in the right frame of mind.