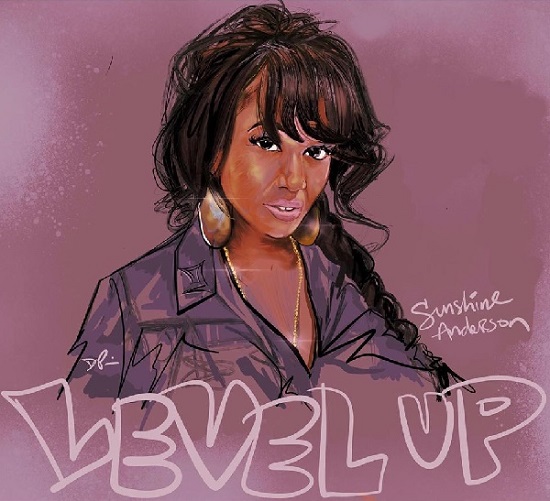 Sunshine Anderson is a name that we unfortunately don't get to mention often. Enough can't be said about the "Heard It All Before" singer's talent, so whenever we get a chance to feature her, best believe we're going to feature her. She gives us an opportunity to do just that with the release of her new single "Level Up."

The track, not to be confused with Ciara's similarly named hit, is a jam that mixes the simple-yet-effective arrangements of '60s soul with modern day production. The result is a tinkling piano arrangement riding atop skittering hi-hats, knocking drums and snaps. Sunshine Anderson contributes her signature vocal with the slightest hint of rasp as she schools her man on how they can grow together. "We can level up together / We can level up," she sings on the chorus. "We ain't gotta do this apart / It was always you from the start." Meanwhile she uses the verses and bridge to state her case while listing the inevitable facts of love she's willing to endure for their love.

"Level Up" is the first new music we're hearing from Sunshine Anderson in the nine years since she dropped her album The Sun Shines Again. Hopefully the song's arrival signifies a triumphant return and a new project in the works.


TAGS:  audio, sunshine anderson
Previous: Stokley Strips Down & Celebrates Women In ‘She…’ And Announces New Album ‘Sankofa’ Next: Baby Rose Sings The Blues On ‘COLORS’ With ‘All To Myself’