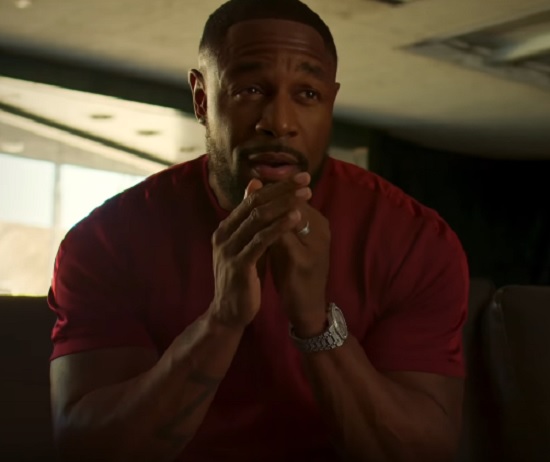 Tank might be considered a serious, sexual and sensual ladies' man thanks to his romantic take on R&B but that doesn't mean he can't be silly, too. While the internet goes nuts over his rather innocuous comment on Angela Yee's Lip Service podcast, Tank is busying himself with promoting his recently released album Elevation and his comical video for sensual slow jam "I Don't Think You're Ready."

To bring the funny for the clip, the singer enlists social media personality B. Simone as his co-star in the song. She plays one of the potential dancers for one of his upcoming videos. However, she's hoping that Tank will be so mesmerized by her moves that he'll pick her not just for the video but for the bedroom as well. She soon discovers that she's not cut out for this as soon as the music starts. Not only can she not dance (she trips, stumbles, falls and requires way more one-on-one time with the choreographer than anyone else there) but she also gets caught up in her own daydreams about her and Tank making sweet music together. Her follies do eventually get her up-close and personal with Tank, though, as he comes to her aid at the end when she's left incapacitated on the floor. Poor thing.

"I Don't Think You're Ready" is just a taste of the sexy jams found on Elevation (again, it's a Tank album). You can stream both the video and album below. And if you're a fan of Tank, we highly suggest that you try to catch him on the road with Fantasia on her Sketchbook Tour, which is next set to land in Baltimore on November 1st.


TAGS:  angela yee, audio, B. Simone, fantasia, tank
Previous: Fantasia Lets Her Soul Glow On ‘Song Association’ Next: Tyler, The Creator Is Searching For Love In ‘I THINK’