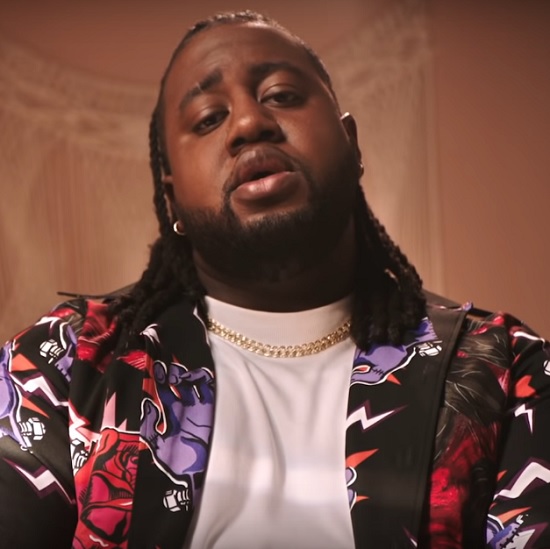 We might have discovered them separately, but there's a magic that occurs when Xavier Omär and Sango come together. The last time they did so was on their sublime Hours Spent Loving You project. They've now ended the wait (and gone major label) with the long-awaited follow-up Moments Spent Loving You and have even given us a visual for single "Just Get Here."

"Just Get Here" blends Sango's Brazilian-tinged production with Xavier's soulful sensibilities to create a romantic overture worth a listen. It also inspires a creative music video in which Xavier goes to meet his girl only to discover a series of doors he has to walk through in order to get to her. Each door seemingly leads to a weird new dimension. One is a doctor's waiting room with characters who look straight out of Beetlejuice. He next winds up in the apartment of an old cat lady, which would be slightly terrifying if it weren't for sister duo Van Jess outside the window singing their feature while catching some sun. He enters a few more worlds, including one where he becomes literally animated, before finally finding his way to his love. And then, just when you thought it was over, here comes Wale in a red-lit scene as he kicks his rhymes before Xavier Omär closes things out.

Of course, there is more to be had on Moments Spent Loving You. We've already heard singles "Thief" and "What Do We Do" and the set features eight more tracks highlighting the musical chemistry between Xavier Omär and Sango. The vibe is more varied than on their previous collaboration, with us getting a few uptempo tracks like "Stuck!" and "Keeping Me" joining the ranks of head-nodding mid-tempos and slow jams that are heavy on the thump and skittering hi-hats that have become Sango's signature.

You'll find both the video for "Just Get Here" and a full album stream for Moments Spent Loving You below. After you watch and listen, we suggest you go ahead and pick up your own copy from your favorite digital retailer.