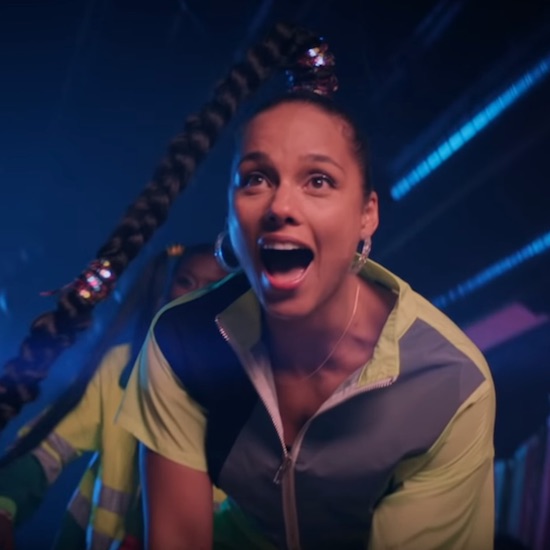 They say that "timing is everything," and Alicia Keys seems to be taking the advice to heart. The 15-time GRAMMY winner has been making some strategic moves in the latter half of this year and now we know why. Not only will she be returning to the GRAMMY stage as host in 2020, she's preparing to release her seventh studio album as well. We knew something was in the works after she dropped the arthouse-style visuals for "Show Me Love" back in September. Then, earlier this month, she tapped 21 Savage to extend the shelf life of the Miguel-assisted ballad with an obligatory remix. Now she aims to keep our interest with a bouncy new song "Time Machine" and its accompanying video.

Lyrically, "Time Machine" celebrates the freedom of letting go as Alicia sings the infectious chorus, “No we can’t rewind / Life ain’t no time machine / But once you free your mind / There is beauty in everything.” Written by Keys, Sebastian Kole and Rob Knox, the mid-tempo groove is unlike anything we've heard from the singer before. As the title implies, the track definitely has throwback appeal, but it's not the piano-driven composition that Keys is known for. Instead, we're immersed into a sonic world of new wave synth and electro-funk. The surprises don't stop with the instrumental arrangement, either. We're used to hearing Alicia delve into her lower register, or using her "chest voice" to belt out notes on the opposite end of the scale. But the singer adopts a different technique for part of the song – stretching her vocal muscles to deliver higher notes with a more ethereal sound (think Solange).

The dream-like qualities spill over into the visuals as well – a neon-hued roller-skating fantasy set in L.A.'s famous World on Wheels. Directed by Timeless Eye Productions (Art Johnson and Alicia’s brother Cole Cook), the fun clip enhances our enjoyment of the song and allows the native New Yorker to show off her skating skills with new pal Tierra Whack. As she explained to Entertainment Weekly, “It feels like a skating song to me. Like after you’ve gone around a few times, and you finally get your legs and you’re free and you’re just able to completely be yourself...not worried about, Am I gonna fall? Am I gonna trip? Is someone going to bump into me?"

Scroll down to take a musical trip in Alicia Keys' "Time Machine," available for download on all major digital platforms.